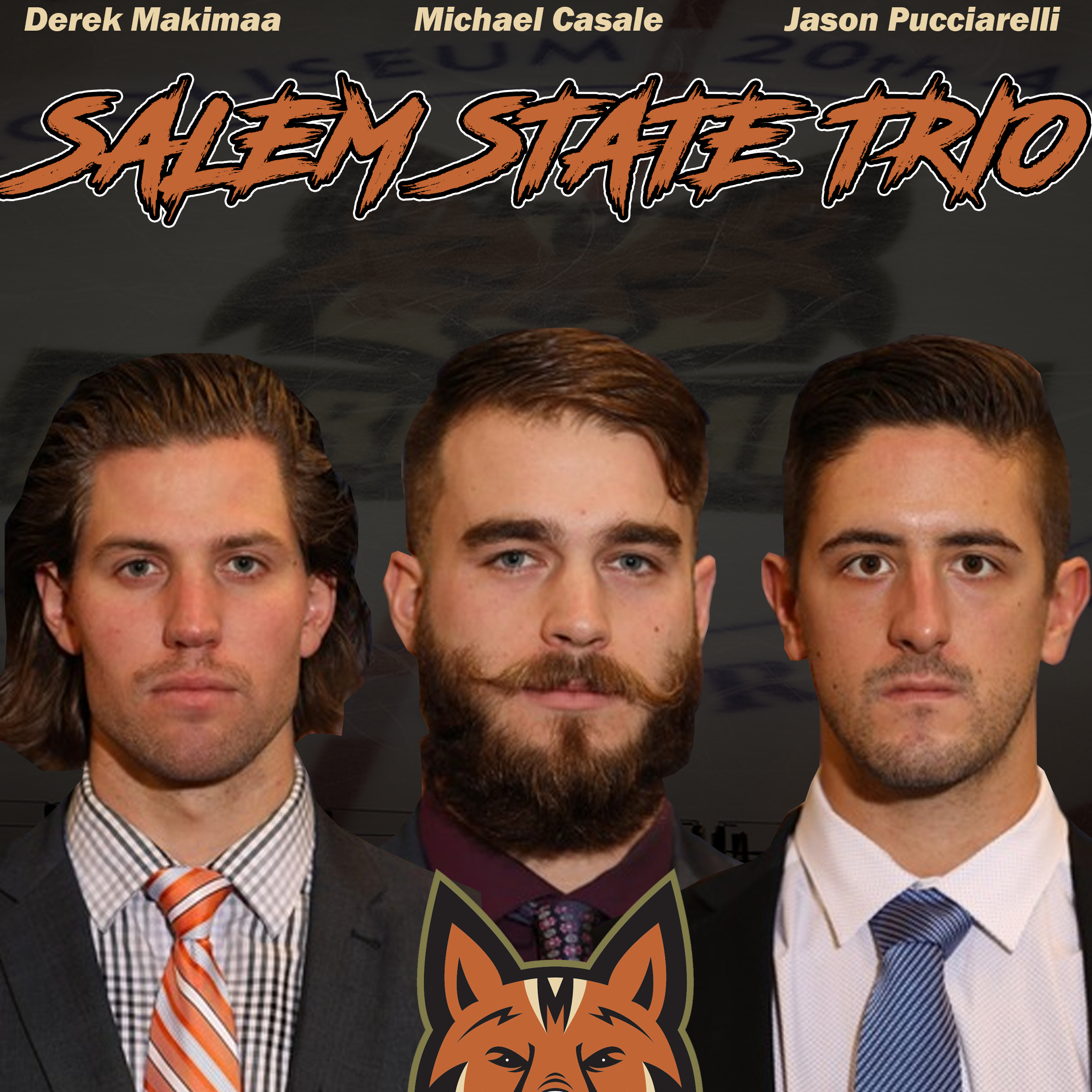 FAYETTEVILLE, N.C. – Chemistry is crucial in the sport of hockey. From knowing where your linemate is on the ice, to having the solace of your goaltender’s ability on an odd-man rush.

Chemistry can be difficult to build, and even among the most-talented players and rosters in the world, there might just not be a click.

Chemistry, like many things, takes time. In the SPHL preseason Training Camp, there isn’t time to “take time”. It’s perform or get packing. Any advantage that one can have to have an extra edge on the ice, an extra ounce of motivation, or an extra touch of puck luck.

Sometimes, advantages can come in the form of familiarity. 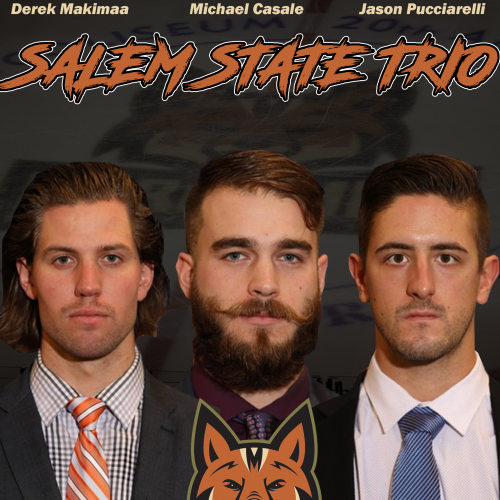 These three Marksmen roster-hopefuls all attended and graduated from NCAA DIII Salem State University, as four-year players for the touted Vikings Hockey team.

During their time at SSU, the Vikings claimed back-to-back Massachusetts State Collegiate Athletic Conference Championships, for both the regular and post-season.

Pucciarelli finished his senior year with a backup call-up to the ECHL Wheeling Nailers, after a career 2.60 Goals Against Average with a 91.4 save percentage.

In their four years, these three grew incredibly close as both friends and teammates, which lead to their career’s ultimate opportunity here in Fayetteville.

Captain Michael Casale reflected on their journey to Fayetteville.

“Our whole senior class was a very tight-knit group, and it was always a thought that maybe some of us could play after school…[after Graduation] I was messaging Jason and Derek about what their future plans were, and at the same time telling them that Fayetteville had a lot of opportunity for all three of us,” said Casale “I’m more than excited to have us together again. We’re good friends, and we all push each other, and know we have each others backs.”

His linemate Derek Makimaa shared the sentiments of the captain.

“[We were] very close. We saw each other pretty much every day while being [at Salem]. Like Mike said, we always thought that some of us could have the possibility to play with or against each other,” said Makimaa “Sharing that four year bond with each other means we’ll be in close contact for the rest of our future. I can’t wait to get this season started and see these guys.”

The final of the trio is the keeper of the backstop, All-MASCAC First-Team goaltender Jason Pucciarelli looked forward to attending camp with two familiar forwards leading the charge.

“As both have said, our Senior Class was very close after playing with each other for four years. Now getting the opportunity to all advance our hockey careers while doing it with these guys is going to be great,” said Pucciarelli “Having both Mike and Derek there will make it an easier transition, knowing two guys that have your back are playing right beside you.”

As Casale had said, it was no coincidence that these three friends have all been invited to Marksmen Training Camp together, but there was some luck involved.

When asked if the three had been contacted separately, or if it had been lead off an initial contact, the answer wasn’t direct.

“I’m not too sure,” said Casale “I know I signed first, then shortly after he contacted Derek and Jason, so I think we were all on the radar at the same time.”

For three friends who were all close in their college days just to get their first chance at professional hockey together is truly something unique, and the Viking triplet is not taking it for granted.

That’s not to say they haven’t considered what really being on the same team for another season would be like.

“It would mean a lot to us,” said Makimaa “I think it would be a great accomplishment, and I have the belief that we all will – knowing each of us have the ability to do so.”

“Yeah, it would be great to have all three of us back on the ice together,” said Pucciarelli “We had success playing together at Salem, and this is a great opportunity to continue that success in a Marksmen uniform.”

As for the Captain?

“Derek and Jason couldn’t have said it any better.” said Casale

Training Camp is a grueling eight days of anticipation, exhaustion, and hope for your number to be called for that Opening Night roster.

For the Salem State Trio, they go into the unknown territory with familiar faces, hoping to find their way to their first season of professional hockey together.

The three players prepare with just under a month until the beginning of the Marksmen training camp, starting off on October 9.

39 days remain until the SPHL season begins, and the anticipation is starting to reach a fever pitch. The 2018-19 Marksmen Home Opener is October 19th against the Roanoke Rail Yard Dawgs, and Season Tickets are on sale NOW!