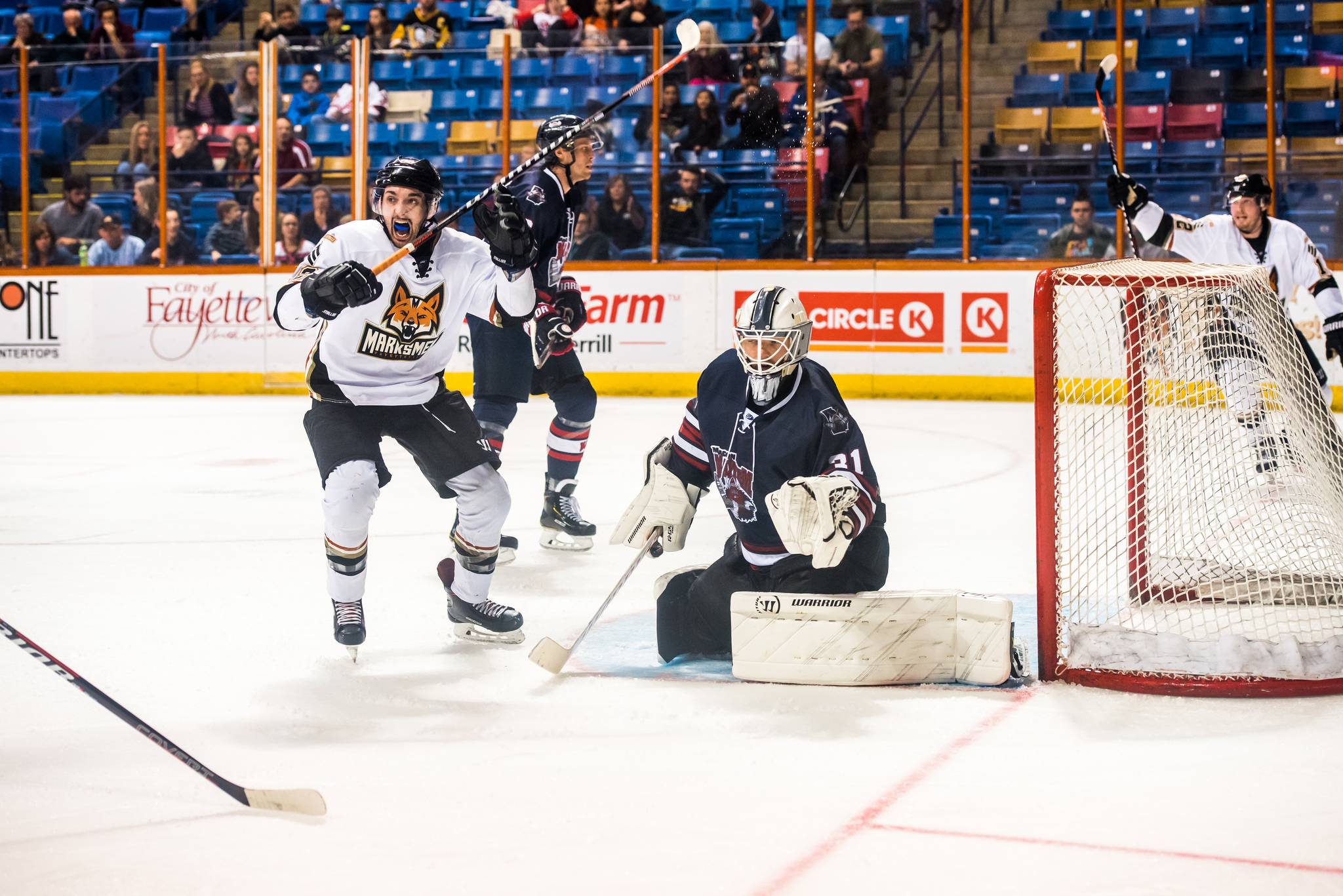 – The conclusion of 2018 has arguably been the best hockey the Marksmen have played all season. Exiting 2018 and entering 2019 on a three-game win streak, there’s a very strong possibility the Marksmen could extend that streak this weekend.

The Marksmen hit the road this morning, enroute to Pensacola to take on the Ice Flyers for their first game of the new year on January 4 & 5. The Marksmen have found their identity as of late, playing impressive, full-effort games with success finding its way.

Rookie Goaltender Dillon Kelley has been playing his best hockey, recording a .945 SV%,  an assist and getting the teams first shutout and the first of his career. Kelley was named SPHL Warrior Player of the Week for his effort. Captain Jake Hauswirth has been on a roll lately, consistently finding the back of the net in key situations for the Marksmen, and producing more at the level that he’s acquainted to.

Rookie Forward Tim Kielich has been playing very well to finish the 2018-portion of the schedule. He picked up the first goal in the game against the Ice Bears last week, and has found himself with seven goals and six assists. The most eyes and curiosity will be placed on the newest member of the Marksmen roster,  Taylor McCloy. Sent over in a trade with the Quad City Storm, McCloy recorded three goals and four assists in QC. McCloy and Kelley spent their collegiate careers together at Adrian College.

This road trip marks the first time Brian Bowen and Alfred Johansson return to the Pensacola Bay Center since being traded to the Marksmen, and the first meeting of the season between the two teams. The Marksmen are second in the league on the power play and fourth in goals per game, making them a serious threat anytime they are on the ice.

The Ice Flyers are coming off a weekend sweep against the Birmingham Bulls. This match-up will see former Marksmen Carl Greco take on his old team for the first time. Ryan Marcuz and Brantley Sherwood are tied for leading-scorers with five goals and eight assists. Nathan Bruyere has a hot stick, recording nine assists. The Ice Flyers struggle to put points on the board, with a two goal average. That average puts them last in the league in goals per game.

You can catch all the action with our friends at On-After Sports Bar & Grub for the Official “Home away from Home” Marksmen watch party. If you can’t make it out to On-After, you can always catch the game or replay on SPHL Live ($). Friday’s game starts at 8:35EST with Saturday’s game having a 8:05EST start time.

Bring Your Dog to “Pups & Pucks Night” on January 12