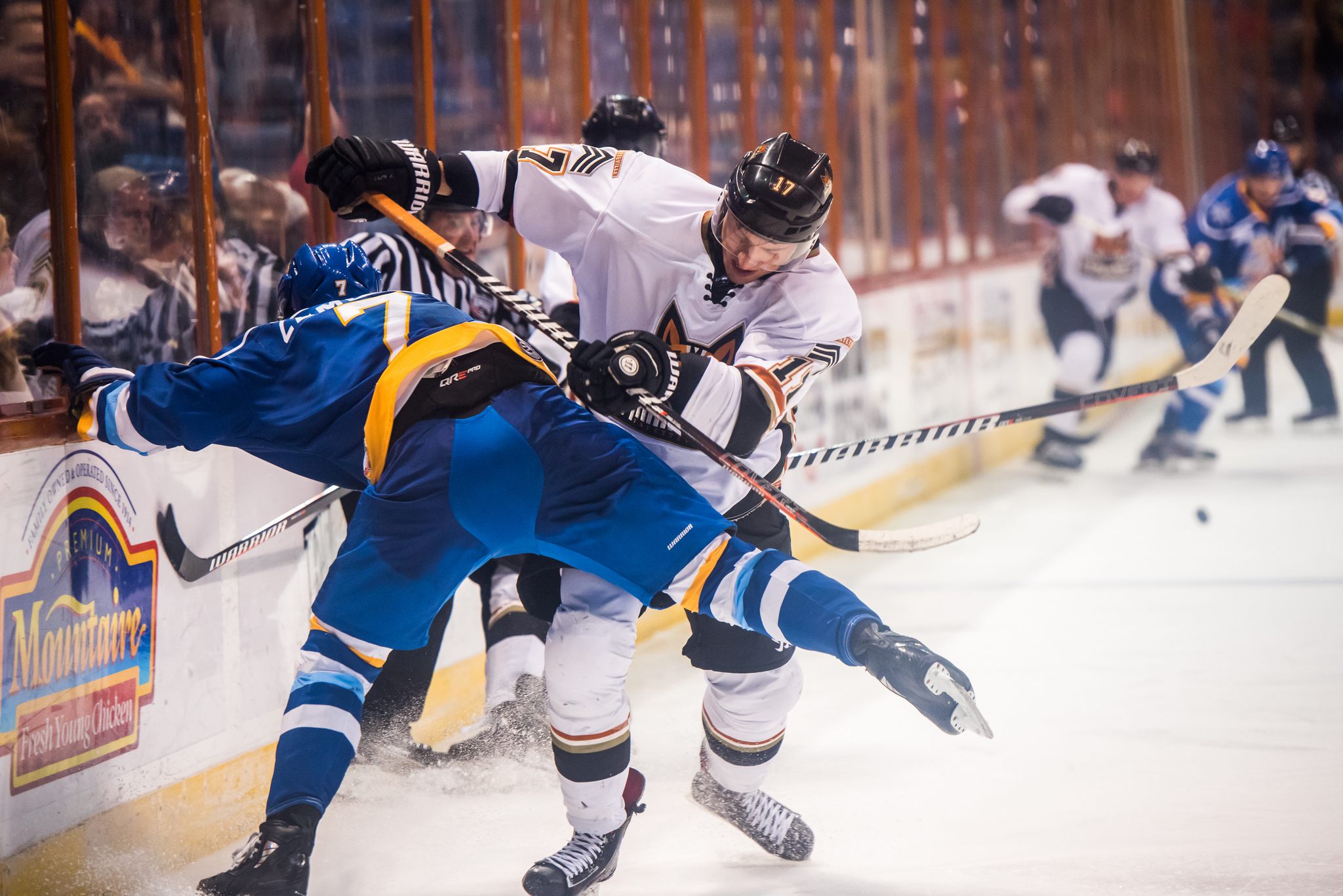 FAYETTEVILLE, N.C. – Following a nail-biting win Friday, sending the streak to eight, the Marksmen came home for their fourth straight game against Roanoke. Fayetteville looked keep winning, not yet losing since the flip of the calendar. Roanoke wanted no part of the noise and they showed it, scoring only three minutes into the game.

The Rail Yard Dawgs showed that they could take the heat of Fayetteville, scoring their second goal in the final four seconds off a redirect in front. That goal put the Marksmen in an odd spot, as they hadn’t gone down 2-0 in a game since January 4th against Pensacola. A streak the length of Fayetteville’s didn’t come without adversity, they proved that today.

Roanoke didn’t give it to them easy, scoring yet another goal only four minutes after Fayetteville’s penultimate goal, as Colin Murray sent one through for his 13th of the year. Roanoke, riding a high, went into the locker room with a two score lead once again.

The most dangerous lead in hockey is a two goal one, and it showed tonight. Fayetteville busting out on all cylinders, started the scoring in the final period. Jake Hauswirth scored two goals last night and wasn’t done yet, as he put one through the net only 2:41 into the third period. That goal got the Crown going, helping the Marksmen in crunch time.

Six minutes after the first Marksmen goal of the period, Max Cook decided his night wasn’t over, scoring yet another goal. Cook’s sixth of the season tied the game up with 12 minutes to go in regulation. Tie game, 12 minutes and a whole arena on the edge of their seats.

Six minutes of quiet, and disaster struck for the Marksmen. Former Watertown Wolves forward Mac Jansen put it past Cody Porter for the go-ahead goal with 6:41 remaining. The Marksmen still had a fighting chance to extend the streak, but following a penalty, Fayetteville had to tie it up while being short-handed. Even after pulling their goalie and doing all they could to attack the Roanoke goal, they failed to score.

Fayetteville falls 4-3, ending their eight game win streak. The loss drops their record to 15-12-3, staying put at sixth in the standings. Cody Porter gets the loss in his first start with Fayetteville, saving 28 of 32 shots on net. Roanoke gets back to .500 with the win at 15-15-0, they also stay put in the standings at seventh.

The Marksmen are back home at the Crown again next weekend against the Evansville Thunderbolts in a three-game stand, looking to start a new streak against the last place team in the SPHL.

The Marksmen are back home Friday, January 25 for our College Night. Tickets are available now by calling the Marksmen office at (910) 321-0123 or clicking on the date above!

Tickets for College Students are just $5 HERE (with college email) and at the Crown Box Office (with ID).