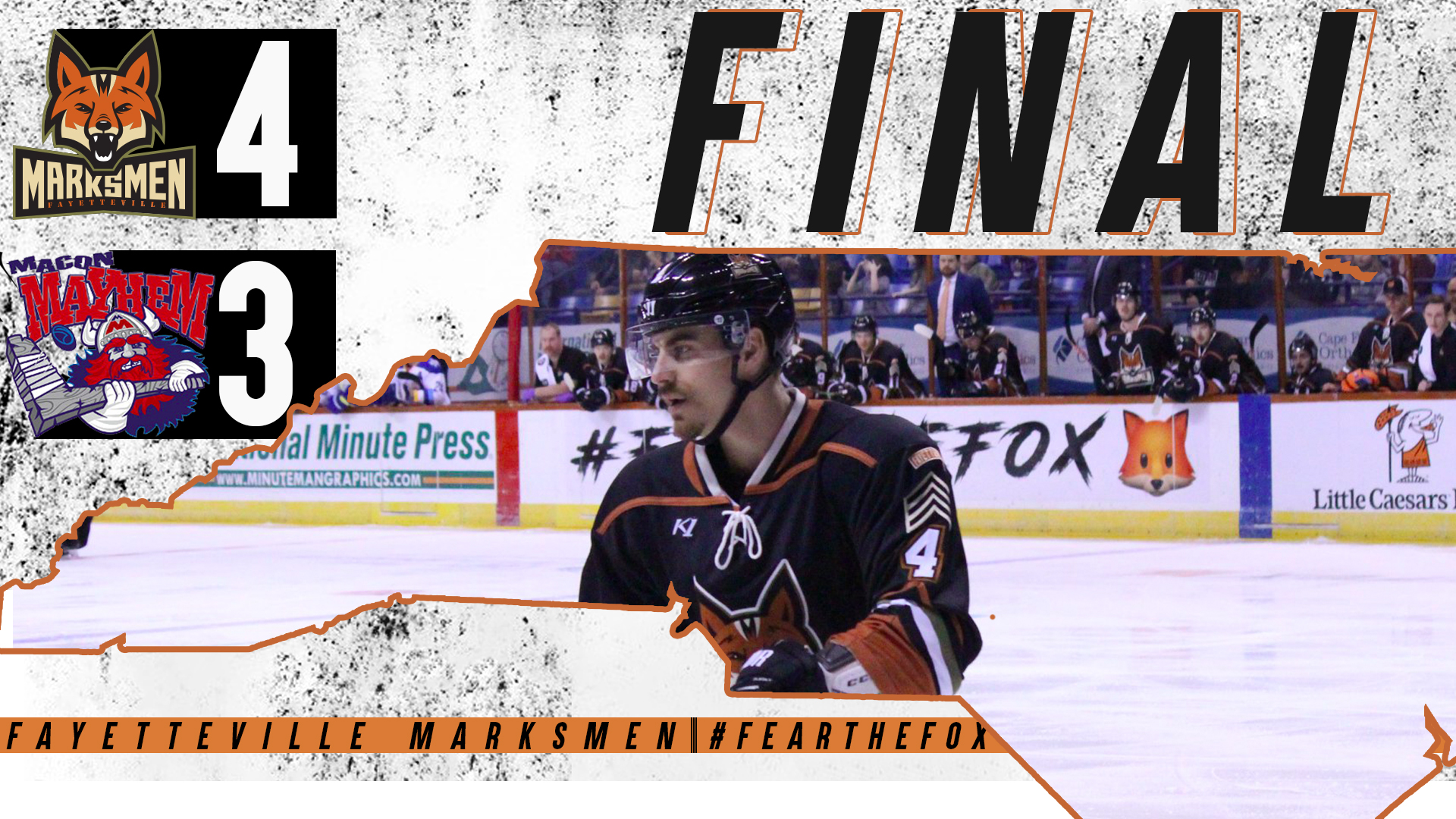 MACON, GA – Fayetteville would get a full week rest between games, and have the benefit of just a one game weekend as they traveled down to the Mayhem.

The night would start off successfully for the third-place Marksmen, as leading-scorer Brian Bowen would do Brian Bowen things – score goals. He struck for his eighth of the season with 17:32 to go in the first period, but the momentum would not continue in the period for Fayetteville. Danny Cesarz and Daniel Perez would take advantage of a high-shooting period, and find paydirt twice to give the Mayhem a lead heading to the first intermission, outshooting the Marksmen 12-10.

Period two was where the Marksmen would separate from the pack. After a slow first half of the period, Brian Bowen would snipe a puck top shelf to knot the game up – his ninth of the year. This would open the floodgates, as Max Cook and Don Olivieri would find goals in the following minute and a half. Suddenly, Fayetteville would find themselves ahead in the game 4-2, despite their 0/5 mark on the man-advantage. The score would hold to the end of the second period, with Fayetteville outshooting the Mayhem 12-4.

In a mad-dash third period, with plenty of chippy play, the Mayhem would strike early from Cesarz once again. 18:46 would remain in the game as the Mayhem would finish 2/3 on the power play, but this would be as close as the team would come to comeback. A strong continued press from the Marksmen offense and from goaltender Blake Wojtala would give the Marksmen just enough to take their sixth win on the road of the season, 4-3 over Macon.

The Marksmen return home to take on the defending President’s Cup champion Huntsville Havoc in an exciting two game series. More details on that can be found below.

Defenseman Derian Hamilton Called Up to ECHL Scroll to top