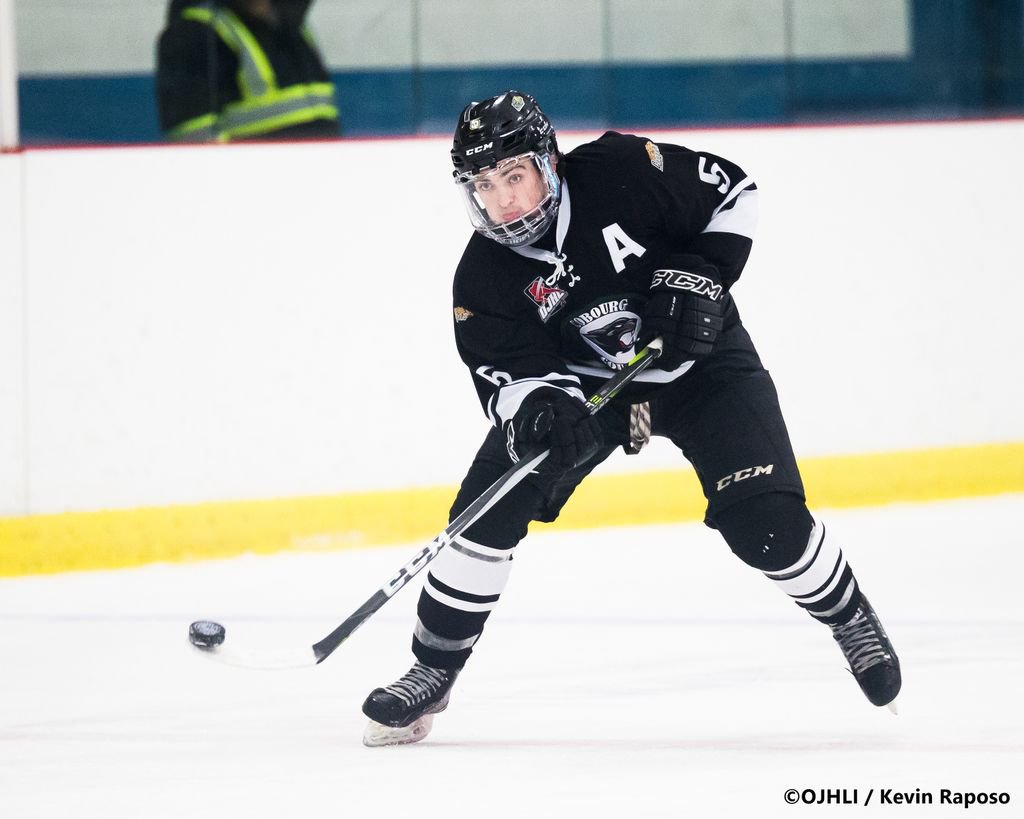 FAYETTEVILLE, N.C. – Bryce Martin has worn many different jerseys over the last three years – five in fact, including joining an entirely new Junior League to start this season.

Now, the 21-year-old righty from Fort Erie, Ontario will get his first chance in professional hockey, as he’ll suit up in the Orange and Black for the Marksmen Training Camp.

Standing at 5’9, 185 pounds, Martin isn’t your traditional defenseman, in size or stature. However, whatever his physical traits may lack, his scoring ability more than makes up for – something not too often associated with defensemen. In his three stints in the GOJHL with the Fort Erie Meteors, Martin had 87 points (22G+65A) in 127 games, and in his three different OJHL team stints, he racked up 40 points (9G+31A) in 64 games.

This isn’t surprising as a trait for Martin, knowing that the defensemen Head Coach Jesse Kallechy has brought into camp all understand the two-way ability as an offensive Defensemen.

“Optimizing the scoring usage of all five skaters on the ice at any time is key, and for me the offense starts at the blue line,” said Kallechy “I am looking forward to seeing how Bryce can transition his scoring ability into our Camp roster.”

For Martin, it was a culmination of ability and familiarity that made Fayetteville such an attractive choice to start his professional career.

“To come into professional hockey right out of juniors is a big jump, so I wanted to make sure I’d be attending a camp for a team, as well as a city, that would suit me well. Having a friend that had played in Fayetteville in recent years, and getting some information about the organization and city from him, made me jump at the opportunity when I was asked to be apart of the Marksmen,” said Martin “My first pro training camp means a lot to me, the first couple days will be a bit of an adjustment and getting used to what pro hockey is all about. But more than anything I’m excited to get started and show everyone what I can do.”

Martin believes that he can contribute in more ways to the defense and five-man unit than just with his scoring touch.

“Over the course of my junior career, my style of play evolved from more of an offensive defenseman, to a two-way defenseman. As I got older and later in my junior career I really started to take pride in blocking shots and being a strong penalty killer, as well as jumping in the play as much as possible to help create plays and contribute offensively.”

With 31 days remaining until the SPHL season begins, the anticipation is starting to reach a fever pitch, especially as the Marksmen Camp roster starts to finalize, and the team’s exhibition against Macon and Roanoke have been set for October 12 and 13, respectively.

The Fayetteville Marksmen are excited to welcome Bryce Martin to his new home for the 2018-19 season, and look forward to him being the bedrock of what promises to be an exciting season of hockey in the Cape Fear. The 2018-19 Marksmen Home Opener is October 19th against the Roanoke Rail Yard Dawgs, and Opening Night tickets are on sale NOW!

If you’re interested in partnering up with the Marksmen organization, or hearing about our season ticket packages, group packages, mini-plans, or advertising benefits, email Director of Digital Marketing and Media Shawn Bednard, SBednard@MarksmenHockey.com or call the Marksmen Office at (910) 321-0123.