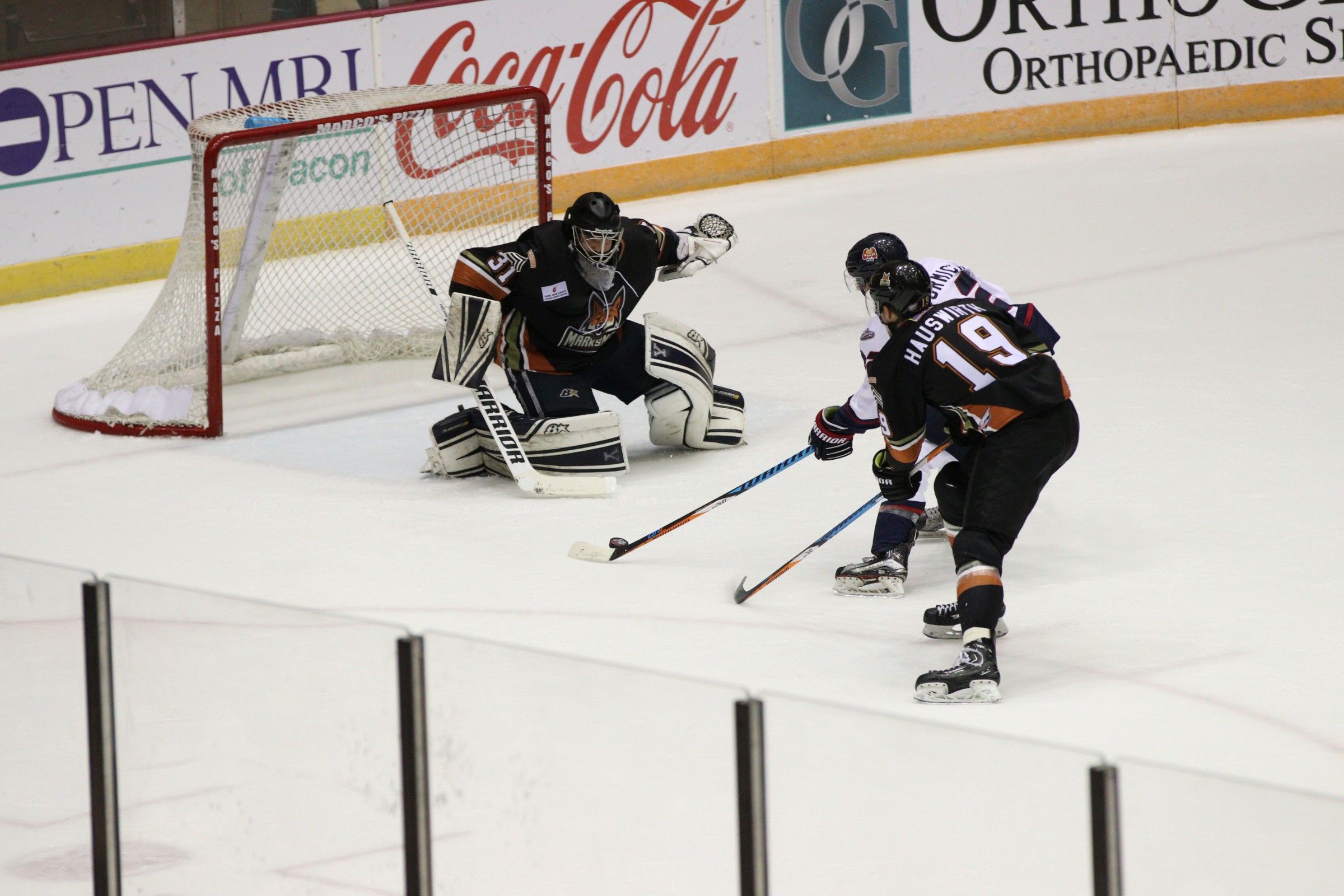 Macon, GA– The Macon Mayhem offense continued to perform at a high-level, keeping the Fayetteville Marksmen at bay for much of the game and ultimately earned the victory, 3-1, on Saturday night at the Macon Coliseum.

Each team traded quality scoring chances throughout the first frame, but the top line of the Mayhem continued to be a thorn in the side of the Marksmen, netting the first goal of the game. Marksmen netminder, Patrick Spano, made a flurry of saves in tight, but couldn’t corral the puck, which was picked up and carried behind the net by Stephen Pierog. His wrap around attempt was foiled by Spano, but Vincent Muto was on the doorstep to make it a 1-0 contest.

The number one offense in the league continued to roll through the early portion of the second period. While on a power play, the Mayhem entered the zone on a three-on-one, with John Siemer dishing a pass to Jake Trask for the easy one-timer to the back of the net.

Withstanding a barrage of shots in the final frame, the Marksmen handled the onslaught and cut the deficit to one. Off a faceoff victory to the left of Greg Dodds, John Schiavo found the puck out of a scrum, skated backwards to the slot, marked his spot and blistered the puck over the glove of Dodds.

Just 38-seconds later, the Mayhem regained their two-goal lead. Hemming the Marksmen into their own zone, Trask took a long wrister that deflected off the tape of Chris Izmirlian and past Spano to cap the game.

Game Notes: The Marksmen went 0/2 on the man-advantage, while the Mayhem went 1/3. The Mayhem fired 44 shots on net, while Fayetteville pushed 32 towards Dodds. Of those 44 shots, Spano made 41 saves in his Marksmen debut. Fayetteville falls to 0-4-1 against the Mayhem.

Marksmen use the Force to Earn Star Wars Night Victory