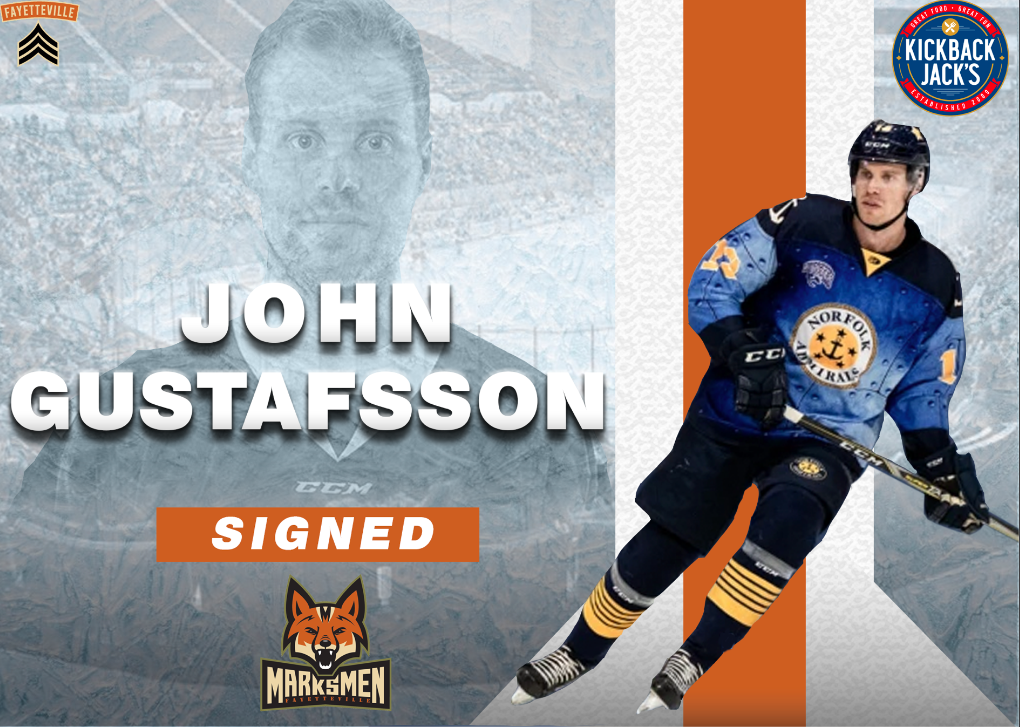 At 6’1, 185lbs Gustafsson hails from Sweden and comes to the Marksmen after spending 4 seasons at NCAA D1 Merrimack College from 2012-2016, posting 19 points in 98 games with the Warriors before turning pro. After his collegiate career, Gustafsson played for 3 teams in the SPHL, scoring 44 points in 87 games going up to the Norfolk Admirals where he would net 17 points in 48 games.

As a corresponding move, we have waived F Cory Anderson. We wish Cory good luck in his future hockey endeavors!