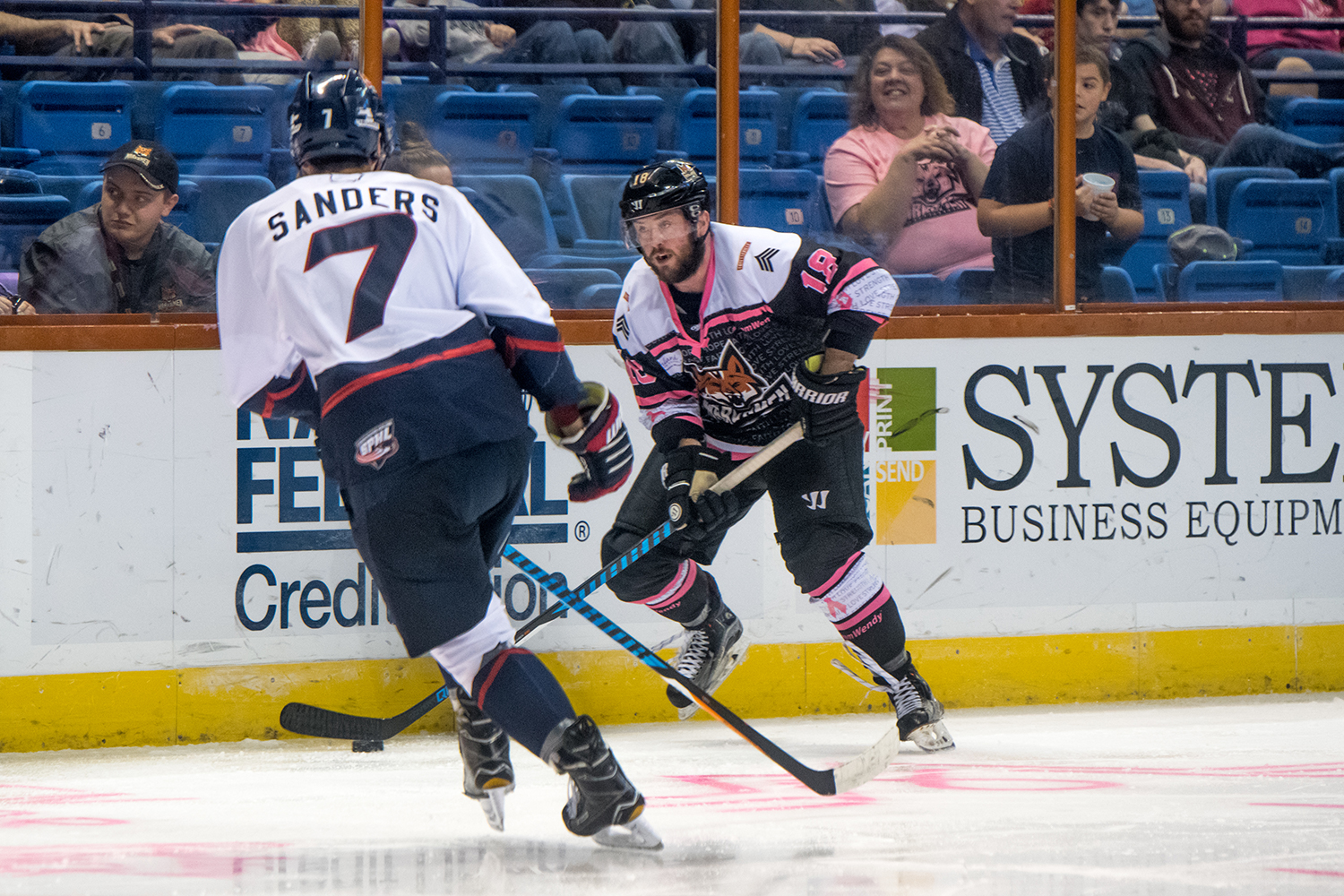 Peoria, IL– The Fayetteville Marksmen hung tough throughout the contest, despite being outshot 41-21, but came up just short, falling to the Peoria Rivermen, 3-2, on Friday night at Carver Arena.

Despite early chances for the Marksmen, the Rivermen opened the scoring on the evening, finding the back of the net at the 4:48 mark of the first frame. Mike Gurtler fought off a Marksmen defender behind the net and worked a wrap-around opportunity to the far post, past Patrick Spano.

The Rivermen carried the momentum throughout the remainder of the opening frame and the first portion of the middle stanza, but the Marksmen battled, and knotted the game at 1-1, just past the halfway point. Ryan Patsch attempted a tight shot that was stopped by Peter Di Salvo, but the rebound squirted free, allowing Jamie Hill the put-back opportunity.

17-seconds later, Joe McKeown gave his team the one-goal lead once again. Will Smith rifled a slot-shot in on Spano, who made the initial save, but the rebound popped out to the slot, where McKeown was able to pick it up and roof it over a sprawled-out Spano.

The back-and-forth contest continued, with Hill netting his second of the evening, 1:23 later. Jake Hauswirth took the puck to the corner, where he was bodied against the boards, but was still able to flip the puck to the slot for Hill, who was standing all alone for a quick wrister past Di Salvo.

Closing out the period with extended pressure, the Rivermen took a one-goal lead for the third and final time on the night. With the puck drifting off a Marksmen defender’s stick, Smith picked it up and ripped a shot from the slot, over the glove of Spano.

The Marksmen generated several quality scoring chances throughout the third period, but couldn’t put anything past Di Salvo, as the Rivermen skated away with the 3-2 victory.