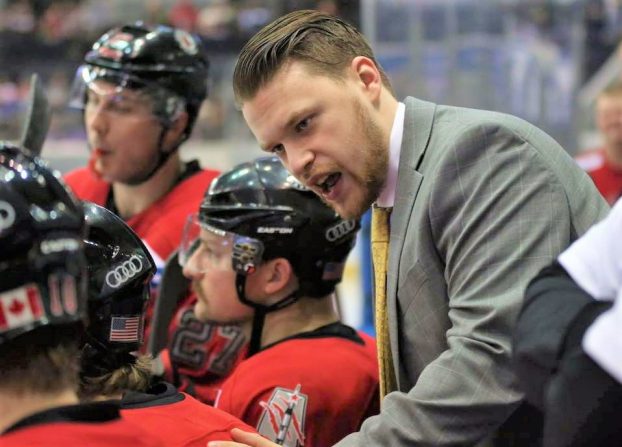 “Having Jesse come in and run the bench for the Marksmen is exciting,” Team Owner, Chuck Norris, said. “He’s a smart guy who has only played and coached in the SPHL, so he understands this league. He’s coming from a championship organization, and Keith Jeffries (Havoc Owner) and Glenn Detulleo (Havoc Coach) have done a great job preparing him to become a head coach in the league.”

A native of Sherwood Park, Alberta, Canada, Kallechy comes to the Marksmen following a three year stint as an assistant coach with the Havoc, including a President’s Cup Championship, just five weeks ago.

“I’m excited to get my chance to be a head coach here in Fayetteville,” Kallechy said. “I’m thankful for Chuck and the ownership of this team for giving me the opportunity, I’m ready to hit the ground, build this team, and get a competitive group on the ice at the Crown.”

Prior to stepping behind the bench, Kallechy donned goalie paraphernalia, suiting up for four different SPHL clubs (Knoxville, Pensacola, Louisiana, Huntsville), over the course of a four year playing career (2011-2015). During that span, the 28-year-old registered a 3.15 goals against average, accompanied by an 89.6% save percentage.

“I’ve been fortunate to play and learn with the gold-standard in the SPHL with the Havoc and under the tutelage of Coach Detulleo, but I’m ready for this next adventure,” Kallechy added. “We’ll put this team together, and we’re going to be ready to go on October 19.