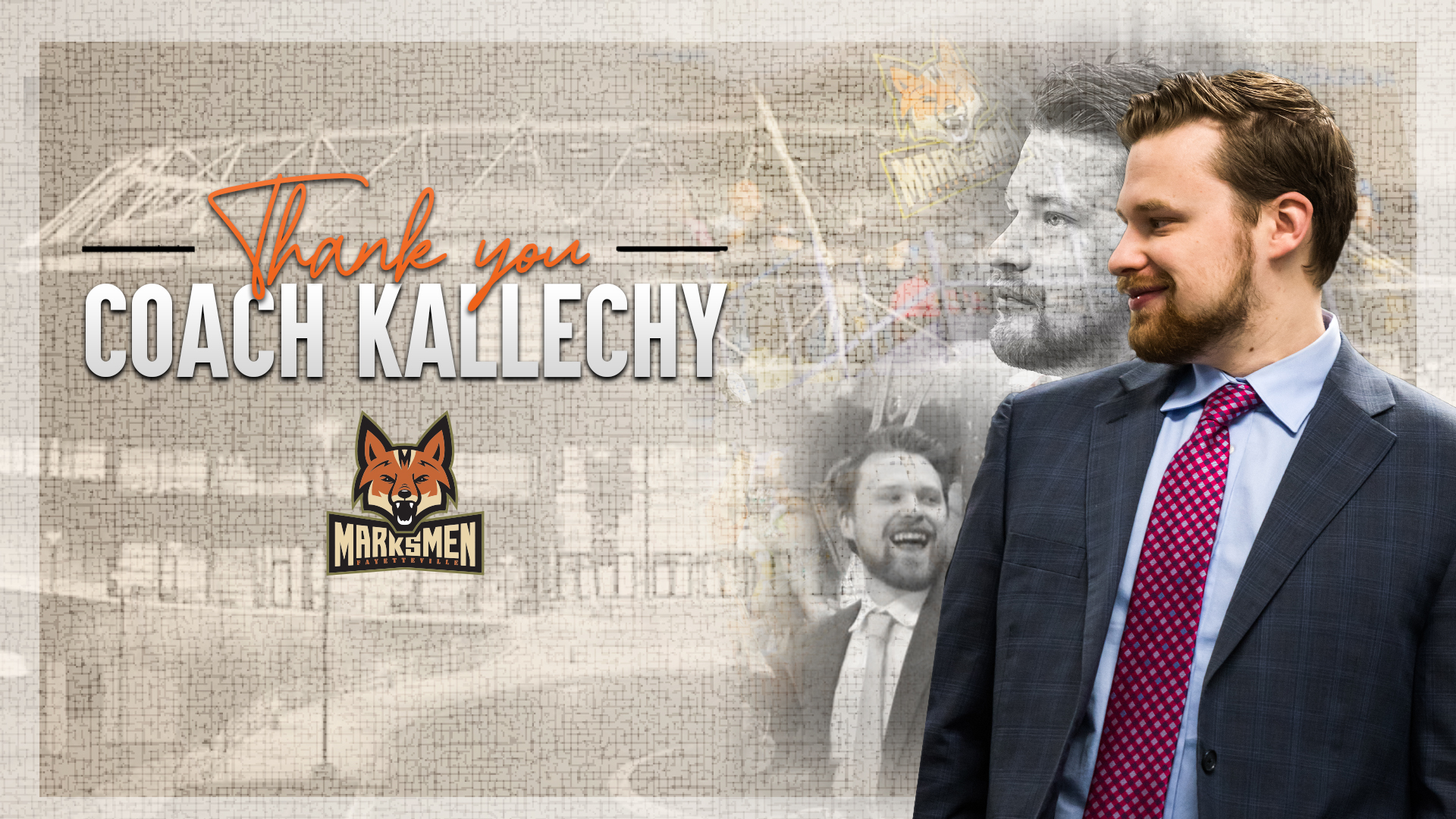 FAYETTEVILLE, N.C. – When Marksmen Head Coach Jesse Kallechy was hired in 2018, his opening statement to the Fayetteville community was of being “ready to hit the ground, build this team, and get a competitive group on the ice at the Crown”. Two years later, Kallechy’s track record would show over 50 victories, a playoff appearance and win, over 25 players called up, and an honor as the Southern Professional Hockey League’s Coach of the Year.

Now, after nine years in the SPHL, the 30-year-old from Sherwood Park, Alberta is getting his first call-up to the ECHL – moving up as an Assistant Coach with a team to be announced at a later date.

“Spending two years with Fayetteville, both in the organization and in the community, has been nothing short of an honor and a pleasure. Not only for me in being able to professionally develop as a coach, but in what us as a Hockey Operations Staff and as an Organization were able to accomplish in such a short time, this is a first-class franchise from the top down,” said Kallechy “Fayetteville is in a championship-caliber state, and is a team players want to play for. That is a perception we’ve all worked hard to change over the last two seasons, and I know that great things remain ahead for this franchise.”

Inheriting a Marksmen team that was just short of historic infamy in the basement of the SPHL, Kallechy immediately came in and created a culture built on changing the identity of hockey in Fayetteville. 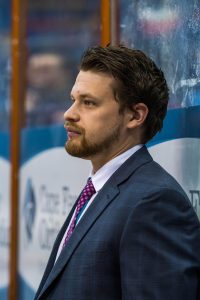 In just two short seasons, the Marksmen would go from dead-last, to a team competing for the league’s Regular Season Championship – and an eventual playoff run – all under Kallechy’s command.

“Seeing where our organization is now from what Jesse inherited in his first season, the turnaround has been nothing short of incredible. Fayetteville has become an organization that players want to play for, and that is because of the attention to detail and culture developed downstairs,” said Marksmen Owner Chuck Norris “It’s bittersweet to lose Jesse with all he’s done for us, but he’s left our organization in a much better place than it was when he found it.”

With the career advancement of Kallechy up to the ECHL, Fayetteville has named Assistant Coach and former Marksmen Defenseman Cory Melkert as the Head Coach and Director of Hockey Operations for the organization. Following in Kallechy’s player-to-assistant-to-Head Coach footsteps, Melkert will come in with a season of unbelievable success behind him. 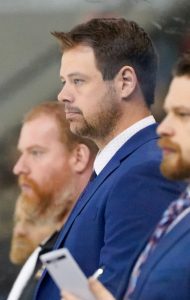 “Being a head coach in professional hockey is the best job in the world, and it something I don’t take lightly. To be able to get the opportunity with such a great organization here in Fayetteville means the world to me,” said Melkert “As an organization, we have been able to accomplish some great things over the past couple years, and my job will be to continue the progression and work towards the goal of winning a championship.”

Melkert spent a season each as a Player and as a Coach under Kallechy, learning how to properly recruit and lead a team into success. Alongside Kallechy, Melkert was able to immediately jump right into the cornerstones of coaching and learn the tools of the trade.

“I obviously wouldn’t be in this position without Jesse, he took a chance on me as a player fresh out of retirement and I couldn’t be more grateful for that,” said Melkert “I’m also fortunate to have learned under Jesse for the past year; he has taught me how to become a Coach and what characteristics are important to be a successful.  He has instilled a work ethic in me that is essential for this job and I can’t thank him enough.
“

With Melkert’s promotion, comes a continued tradition of excellence and a championship-caliber mentality, and the pursuit of raising a banner back in the Crown Coliseum.

“Organizationally I don’t believe there is a better place to play in the SPHL. My goal is to continue building that strong culture, as well as putting a winning team on the ice,” said Melkert “Each player will compete daily and take pride in doing things better each day building all the way to our eventual goal of winning a championship.”

That championship culture continues from the ownership down, with Norris speaking highly of Melkert upon appointing him to lead the ship.

“For us as an organization, we always want to promote from within. When we brought Cory on, it was always with the hope that if-and-when Jesse moved on, he would be ready-and-willing to continue what foundation has been laid, and exceed past where the bar was set,” said Norris “Cory has shown that he’s hungry, passionate, and ready to put in the work to take our organization to the next level. I’m excited to see him lead our Hockey Operations Department, and continue putting the absolute best team on the ice in Fayetteville for the years ahead.”

The Fayetteville Marksmen once again thank Coach Kallechy for his accomplishments and time with the organization, and wish him nothing but success to come in his bright young coaching career. With the new door opening, we once more congratulate Coach Melkert on taking the reins as the new Head Coach of our proud franchise – we know success lies ahead in the All-American City.

Marksmen stay active within their community during corona virus outbreak.