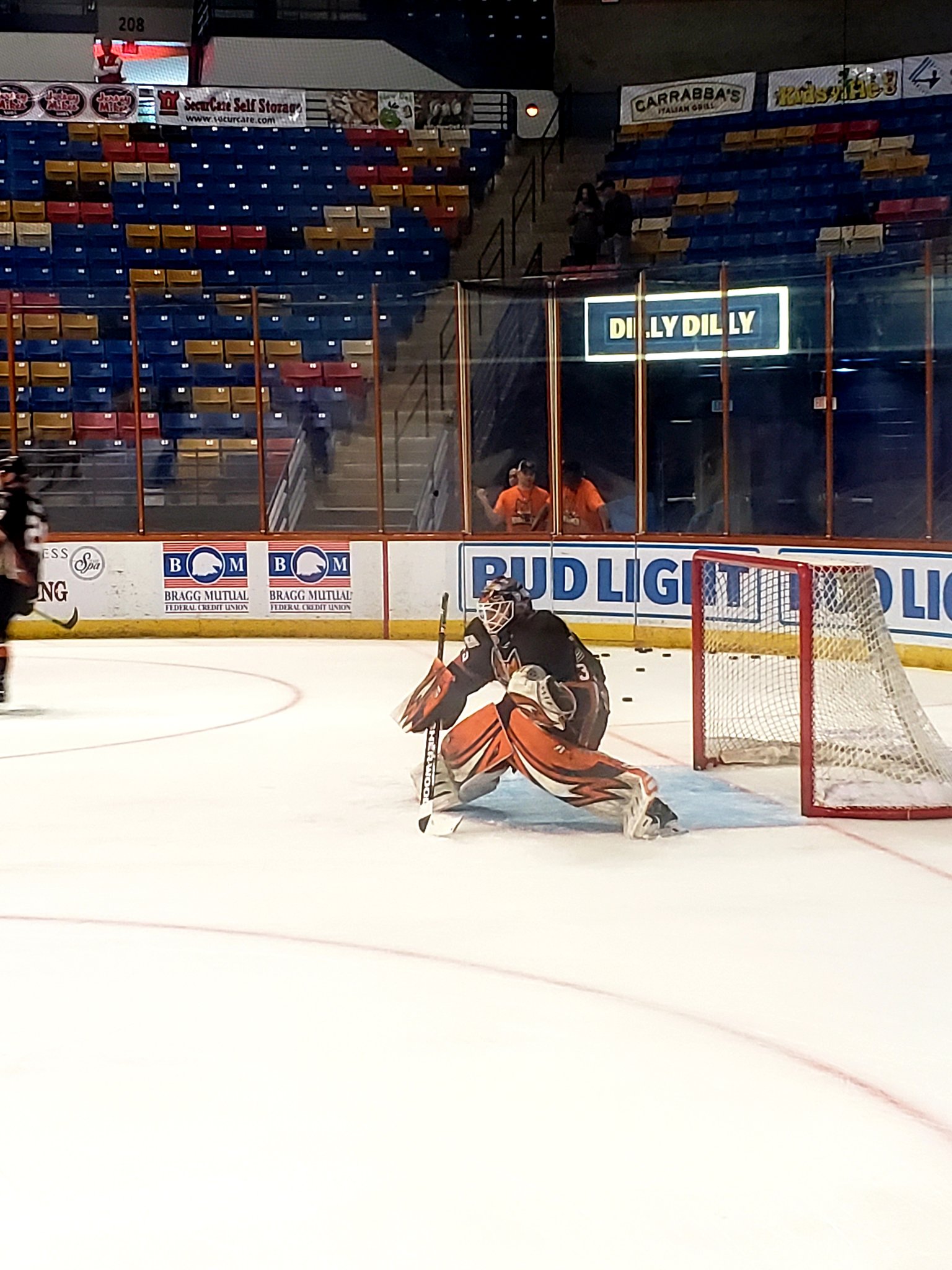 Evansville, IN– Rookie netminder, Ben Halford, earned career highs in shots faced and saves made, as he backstopped the Fayetteville Marksmen to a 3-2 victory with a 57-save performance over the Evansville Thunderbolts on Sunday afternoon.

Early in the first frame, the Marksmen jumped all over the opposition, creating offensive zone pressure, leading to what would have been a goal for Jake Hauswirth, but the officials had blown the whistle, just prior to Hauswirth’s shot finding the back of the net.

After that break, the Thunderbolts came to life and earned the game’s first tally. Dave Williams held the puck in, just past the Marksmen blueline and wristed a shot in on Halford. The shot deflected off a Marksmen defender and flipped to the back of the net.

Just past the midway point of the frame, the Marksmen jumped on the board to make it 1-1. Entering the zone, Anthony Flaherty floated a pass to the tape of Paul Russell, who posted up and popped a shot to the far corner, at the top of the slot.

Just 30-seconds later, the Thunderbolts answered to regain the lead. Carter Shinkaruk worked in on Halford, froze him with a quick move and deposited the puck to the back of the net, making it 2-1 after the first.

Despite heavy pressure from the Thunderbolts throughout the second frame, Halford stood tall and stopped all 17 shots turned his way, as the second frame ended just as it began.

The extensive zone pressure did not cease for the Thunderbolts throughout the third frame, but the Marksmen withstood the challenge and earned the equalizer, just past the midway point of the third. With the puck at the left point, Tyler Palmer rocketed a wrister from the blueline towards the net of Ian Sylves, that was deflected by Jamie Hill, who was camped out in front of the net.

That strike was the only of the final period of regulation, leading to a sudden-death, three-on-three overtime.

The extra frame yielded no decision, giving way to the skills competition to decide the winner.

In the shootout, the Marksmen scored with their first three shooters, while Halford stopped all three Thunderbolts skaters, closing out the 2017/18 season with a 3-2 shootout victory.