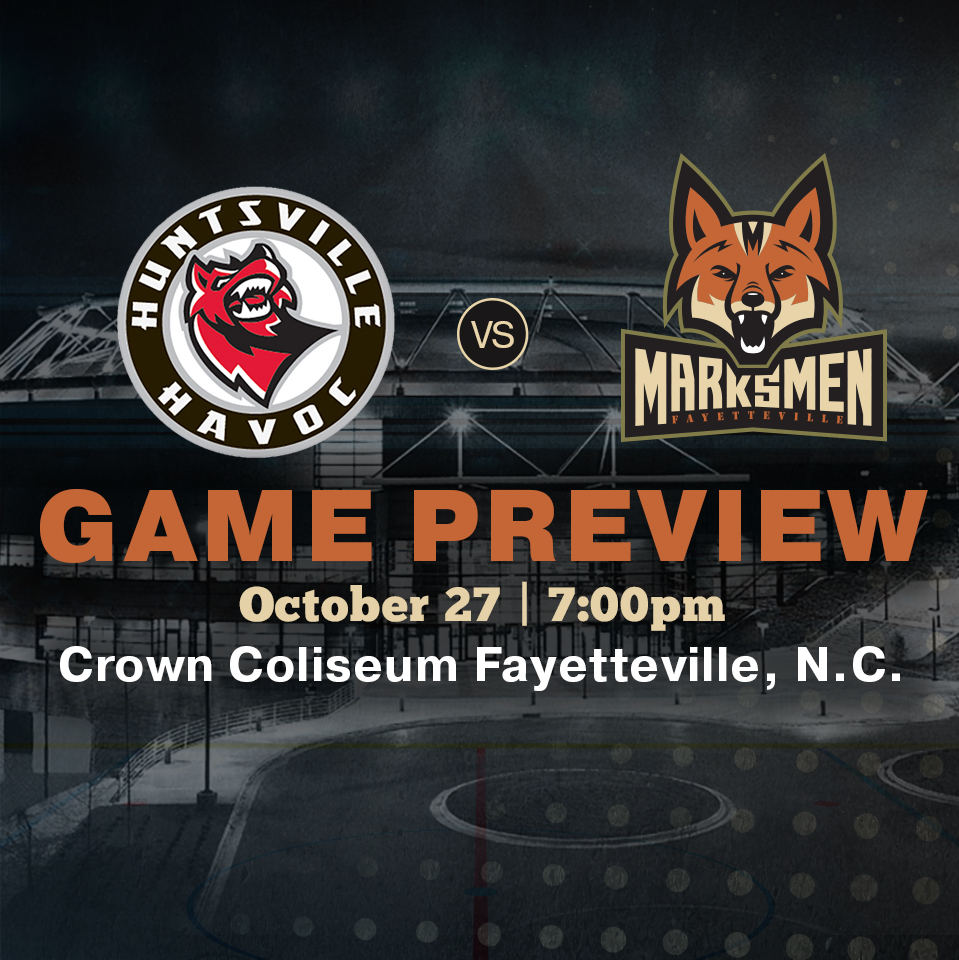 About Tonight: The Marksmen open the home portion of their schedule with tonight’s contest after starting the season with a 4-3 road victory over the Roanoke Rail Yard Dawgs. Marksmen Captain Jake Hauswirth paced the scoring with a 3-assist night. Rookie Jake Wood opened the game with his first professional goal, and Peter Di Salvo earned the victory between the pipes, stopping 20 of 23 shots.

Moving on up: Yesterday, defensemen Sean Robertson earned a call-up to the Reading Royals of the ECHL. Robertson began this season in training camp with the Royals before earning the call up. In one game with the Marksmen, Robertson posted two points (1 goal, 1 assist) in a victory over the Roanoke Rail Yard Dawgs. Robertson rejoined the Marksmen for the 2017/18 season following a 22- point campaign in the 2016/17 season. In total, Robertson has 42 professional games to his credit, including seven in the ECHL with the Utah Grizzlies last season.

The Matchup: The Havoc posted a 34-16-6 record, good for fourth out of the ten team-league, bowing out in the President’s Cup Playoffs in the second round. Head Coach Glenn Detulleo is now in his seventh season as the head coach of the Havoc, the only team he has coached for since hanging up his skates. The Havoc return six skaters from last season’s roster.

Last Friday, the Havoc downed the defending President’s Cup Champion, 5-1, with five different players earning at least a point. Netminder Keegan Asmundson stopped 27 of the 28 shots he faced in the opening night victory.

What’s Next: Tonight, is the first of a back-to-back-to-back series with the Havoc. Tomorrow night is Haunted Hockey with the Marksmen. Stop out at 3:00 PM for fun events with food trucks, inflatables and more! Then stick around for the 6:00 PM puck drop as the same two team’s faceoff. The Marksmen will head to Huntsville for a tilt next Friday.

Marksmen Battle Back, Down the Dawgs