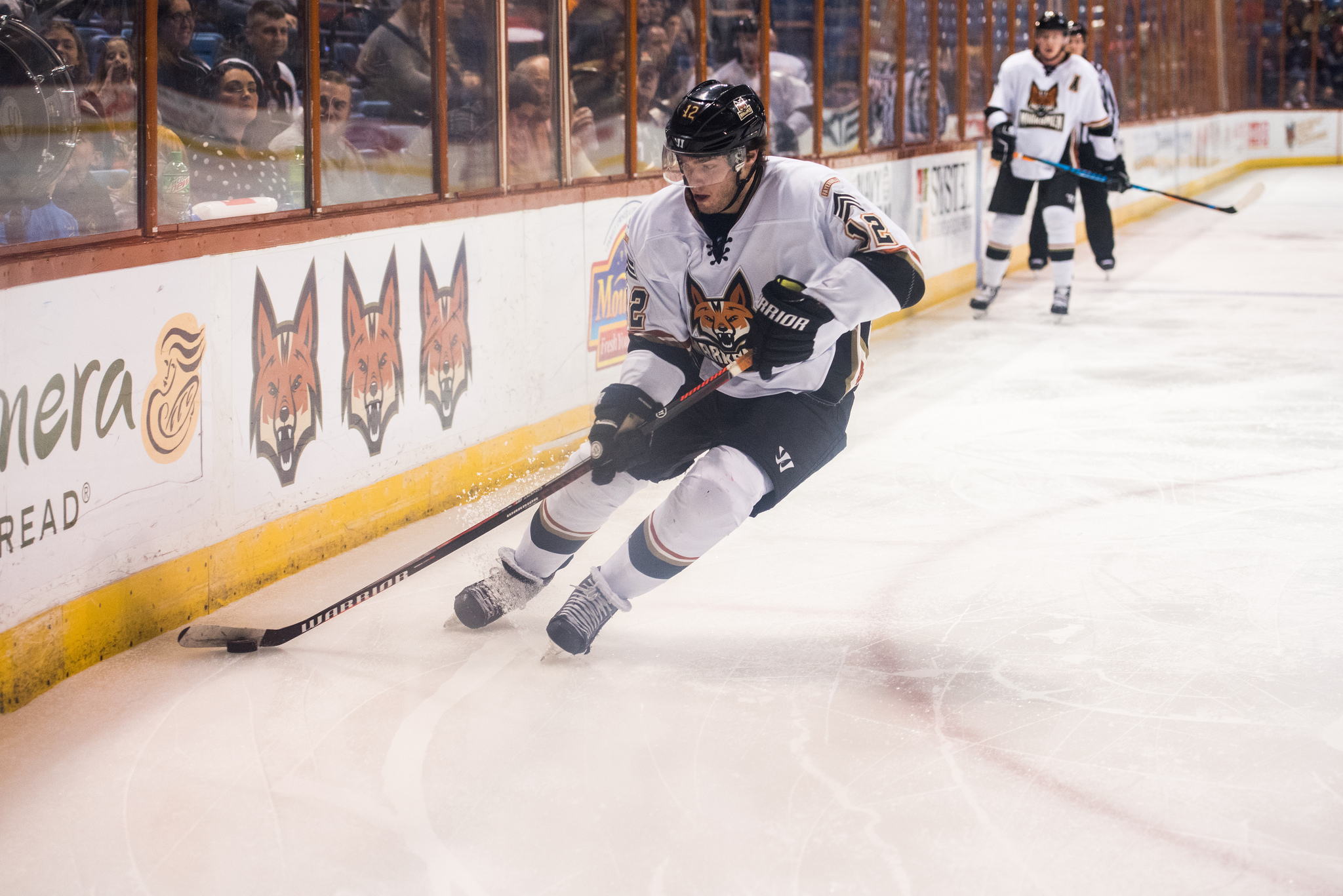 FAYETTEVILLE, N.C. –History; something from the past impacting the future. Making history is a thing of its own. The Marksmen come off a historic eight-game winning streak, sending them back over .500. They fell at the hands of the Rail Yard Dawgs on Saturday, ending the streak. All good things must come to an end, but more good can come out of it.

The Thunderbolts aren’t playing their best hockey, coming into Fayetteville posting a record of 4-24-2 over their first 30. The first 30 haven’t been too good to the Thunderbolts, as they’re ninth in the league in goals scored with only 61 on the season. They’re led in goals by Scott Donahue and Shayne Morrissey with seven each. Call-Ups are really affecting Evansville, losing their top offensive weapon Mark Petaccio to the ECHL Wheeling Nailers.

Despite the struggles of the Bolts, Marksmen Head Coach Jesse Kallechy has pounded the sentiment of not overlooking the team or underestimating them in a week of intense practice, telling his team “they’re undefeated against us this season”. Fayetteville will be without one of their hottest-scorers, Captain Jake Hauswirth, who will be away from the team this weekend for a personal family leave.

Fayetteville is coming off a loss, after a franchise record eight-game win streak, looking to get back to their winning ways tonight. The Marksmen are coming into the weekend at 15-12-3, good enough for sixth in the SPHL. After playing very staunch-defense during the streak, they let up a little last weekend, giving up six goals in their two games. They look to change their ways against one of the lowest scoring offenses in the league.

The Marksmen try to continue their scoring, as they average almost three goals a game in their last 10. Max Cook looks to keep his hot streak going, scoring two goals and logging an assist last weekend. The effort earned him our First Command Proven Performance Player of the Week last week.

Seeing improvement during the final stretch of the streak as well was the Marksmen Penalty Kill, which at one point had killed off 11-straight penalties. The Marksmen special teams have mightily improved since before the streak, thanks to concentrated focus in practice.

This promises to be an exciting homestand for the Marksmen before a rather travel-heavy February, and one that you won’t want to miss – especially if the Marksmen can keep up their success and do what they need to do.

The Marksmen are back home Friday, January 25 for our College Night. Tickets are available now by calling the Marksmen office at (910) 321-0123 or clicking on the date above! Tickets for College Students are just $5 HERE (with college email) and at the Crown Box Office (with ID).

Kelley Returns to Marksmen after ECHL Call-Up Scroll to top