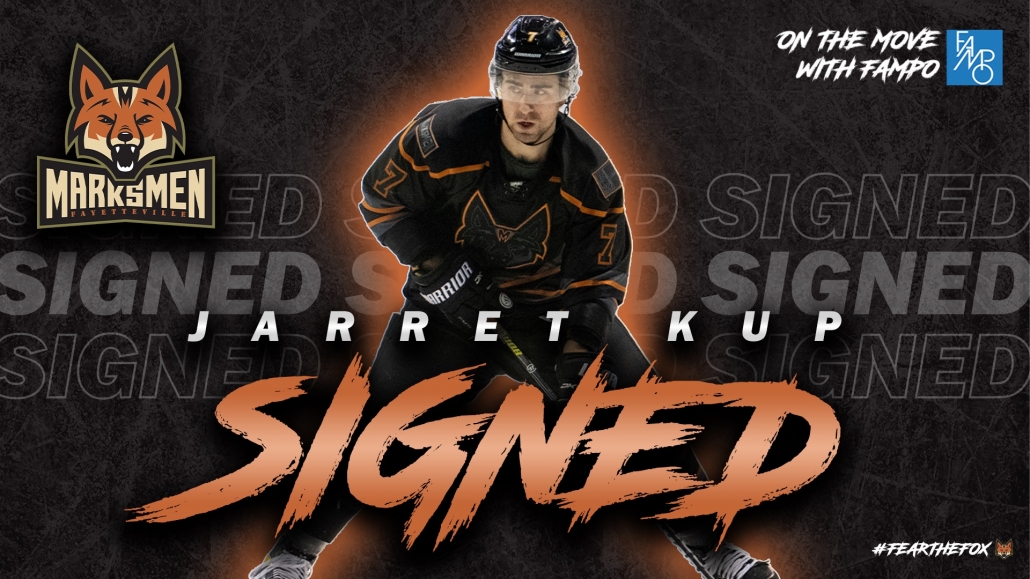 FAYETTEVILLE, N.C.- The Fayetteville Marksmen, proud members of the Southern Professional Hockey League, announced that defenseman Jarret Kup has re-signing with the team for the 2022-23 season.

“Jarret is someone who’s played a lot of hockey and a lot of good hockey in his career,” said head coach Cory Melkert, “that level of experience and skill is tough to come by in our league.”

Melkert praised Kup’s play during last season calling him “the team’s most consistent player” at times.

Kup was the only Marksmen to skate in all 56 regular season games and logged 26 points from the blue line during the 2021-22 campaign. While only scoring four goals, Kup terrorized the Roanoke Rail Yard Dawgs scoring three of his four against them. 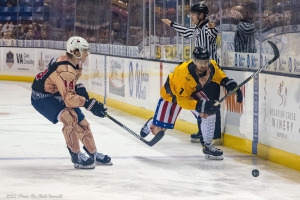 Kup was the only Marksmen to suit up for every game last season. Matt McNair, F.X. Girard, and Harrison Harper all played 55 of the 56 contests.

“He’s a leader in our locker room, he plays tough on the ice but knows what needs to be done off the ice for success too,” continued Melkert.

The Marksmen acquired Kup from the Macon Mayhem in the 2019-20 season. Kup played 112 games in a Mayhem sweater, and Macon was the only place he had played professionally until coming to Fayetteville.

The Marksmen open the home portion of their 2022-23 season by facing the Roanoke Rail Yard Dawgs on Saturday, October 22 at 6 p.m. The only way to guarantee your seat for opening night is by locking-in your season ticket package.

Full-season, half-season, and flex plans are still available and you can get yours by skating to marksmenhockey.com and clicking the tickets tab.