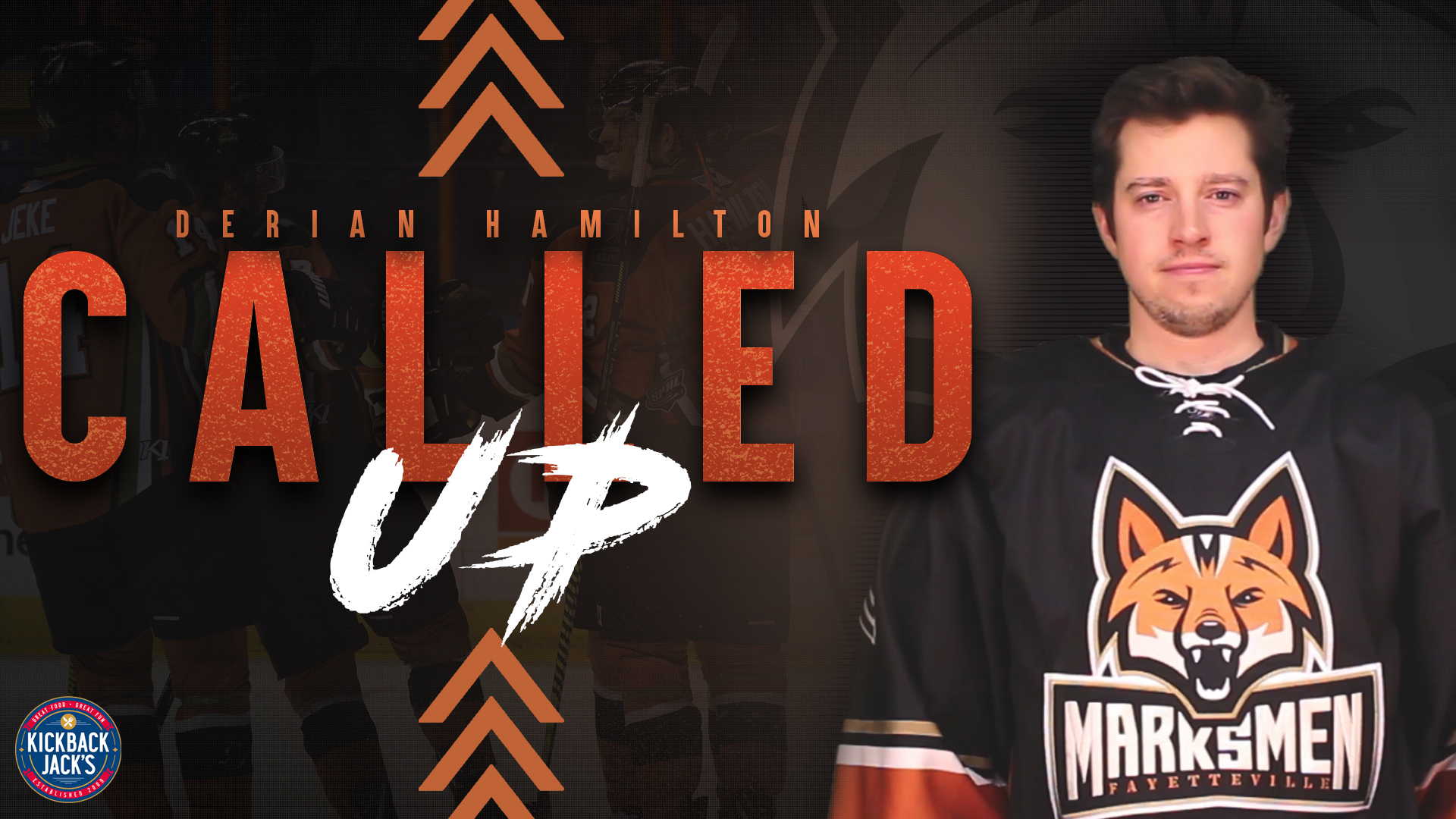 FAYETTEVILLE, N.C. – The developmental abilities of the Fayetteville Marksmen once again get called upon, as rookie Defenseman Derian Hamilton receives a Call Up to ECHL Reading.

Hamilton, 25, spent the entirety of the season with the Marksmen, being an everyday defenseman in his 14 games played. In those games, the native of Port McNeill, BC collected seven points (0G+7A) and collected a +10. The alumnus of Penn State University (NCAA D1) collected 13 points (1G+12A) in 85 collegiate games, while posting a +18.

Head Coach Jesse Kallechy spoke of the ability of Hamilton, and his development in Fayetteville.

“Derian played a solid role for our defensive core, and definitely showed improvement from where he started with this team to now,” said Kallechy “We expect him to have success at the next level.”

This will be Hamilton’s second stint in the ECHL, after spending three games (0G+1A) with Norfolk after the end of his collegiate career. For the Marksmen, Hamilton will be the sixth player called up to the ECHL – seventh call up overall of the season for the team.

Rail Yard Dawgs Bite Back, Down Marksmen For First Time Scroll to top