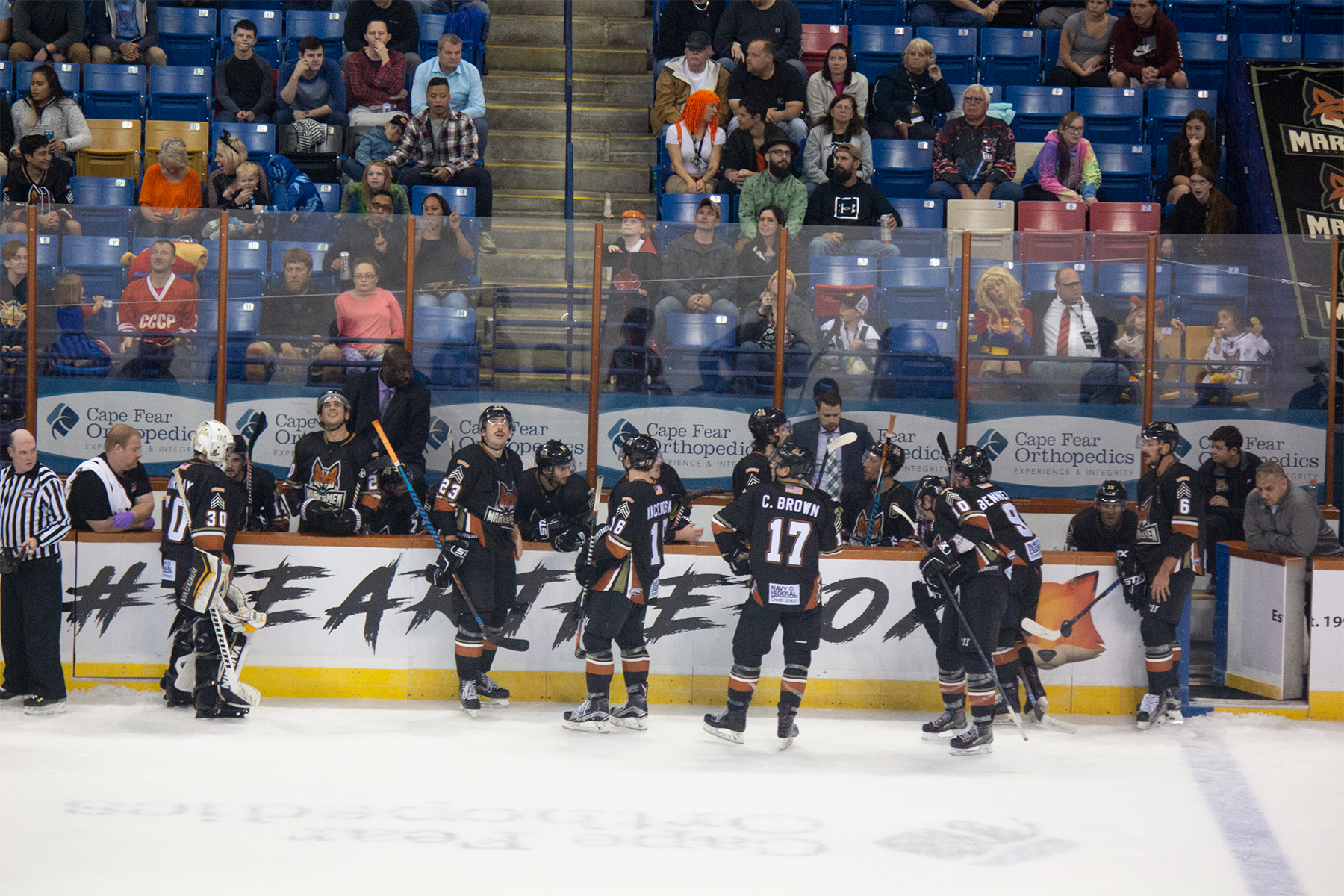 FAYETTEVILLE, N.C. – In what would prove to be a test for both teams, the Marksmen drop game one of the weekend series against Macon 4-2.

Fayetteville came out of the gates with an uptempo energy, and started the shooting off in the game. However, Macon’s Sam Wilbur would score the first goal of the game, and his first of the season, at the 5:37 mark. That lead didn’t last long as the Marksmen, much like they have all season, wasted no time coming back. Shane Bennett broke through a pair of Macon defenders and score a highlight reel goal against Mayhem goaltender Gordon Defiel.

That Marksmen momentum, too, would be short-lived as Jake Trask once again showed why he’s one of the leading scorers in the SPHL, sneaking one past Alex Murray. Shane Bennett would even the game up on a miracle roof-shot in the final minute of the first, to end the period 2-2.

The second period would begin in similar fashion, as Derek Sutliffe managed to capitalize on Marksmen goaltender Alex Murray’s dive for the puck. Sutliffe picked the puck up and put in the back of the net. While the Marksmen were down, Michael Casale decided to try and boost the Marksmen’s morale by picking a fight with Nick Minerva. There wasn’t much talking as Casale and Minerva threw viscous punches at one another.

The third period began with the Marksmen trailing 3-2. The Marksmen were physical but it wasn’t enough, as the third period would prove to be a more defensive period. Head Coach Jesse Kallechy pulled Goalie Alex Murray in the final two minutes, and Jake Hauswirth soared an open-net backhander away from the net, which would’ve tied the game. Seconds later, Macon’s Justin Levac would ice the game with an Empty Net goal from center ice in the final 40 seconds, giving the Mayhem the 4-2 victory and continue their undefeated-in-regulation season.

Fayetteville falls to 2-2, looking to get revenge against the first-place Mayhem for Military Appreciation night on Saturday at 7:30 P.M., with the first 1000 fans receiving a FREE American Flag Marky shirt, and the team wearing one-night-only Stars & Stripes jerseys, which will be auctioned off following the game.

The attendance of Saturday’s game is proving to be high, but great seats are still available by clicking here or calling the Marksmen Office at (910) 321-0123.

The team will then head to Bubba’s 33 for our post-game party, where fans are invited to come meet the team, staff, and Marksmen organization.

If you’re unable to make the game in person, you can catch the game on SPHL Live or the Marksmen Radio Network with the Voice of the Marksmen Shawn Bednard.