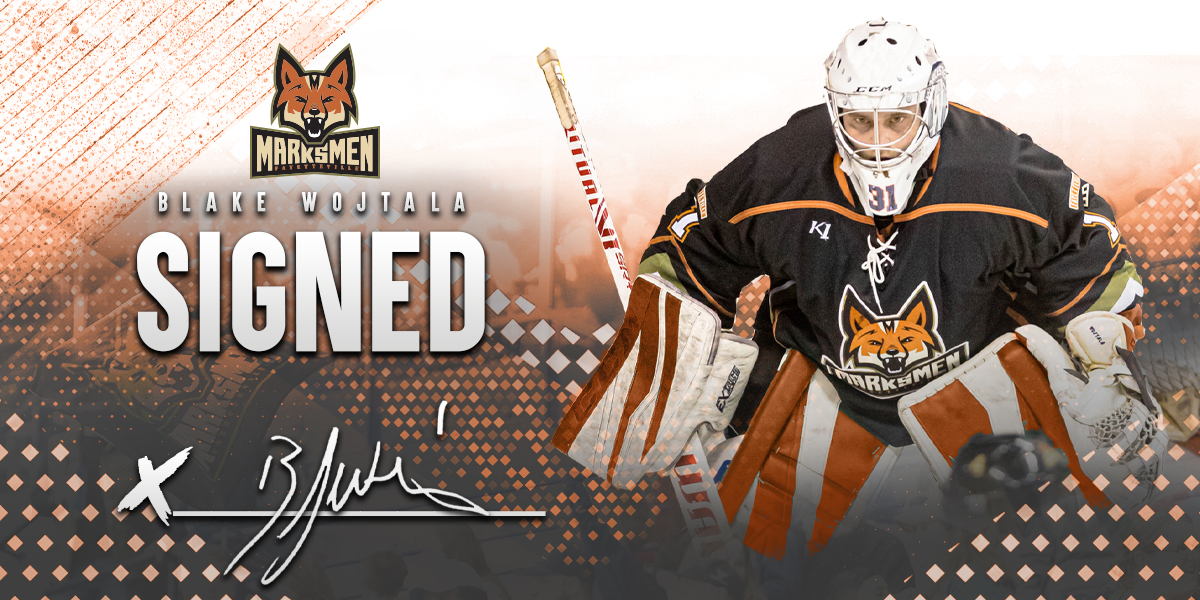 FAYETTEVILLE, NC – After a stellar rookie season, goaltender Blake Wojtala has re-signed with the Fayetteville Marksmen for the 2020-21 season.

Wojtala, 26, was one of the only Marksmen to stay from Training Camp to season-end and was one of the cornerstones of the Fayetteville Marksmen’s first place season.

The Trenton, MI native played his college hockey at Salve Regina University where he played all four years and appearing in 100 total games. In those 100 games Wojtala had a .917 save percentage along with a 2.59 goals against average.

After his college career was complete, Wojtala spent time in Worcester with the Railers of the ECHL. Wojtala started his first full professional season with the Marksmen, starting as the back-up goalie but eventually playing his way to starter. Blake would become then Head Coach Jesse Kallechy’s number one man and see him start over 25 games and appearing in 28 total games.

Within those 28 games, Wojtala would maintain a .920 save percentage which put him in the top 3 of the entire SPHL. Throughout the Marksmen 2019-20 season, Wojtala was between the pipes for 18 of the Marksmen 31 total wins.

Wojtala marks Cory Melkert’s first signing as head coach and one that Melkert is very excited about.

“Blake was a major part of our season last year and will continue to be a key player for the 2020-21 season. He will be our starting goalie going into the season” said Melkert “We hope to see him win some major awards in the coming year, ultimately ending in a championship”