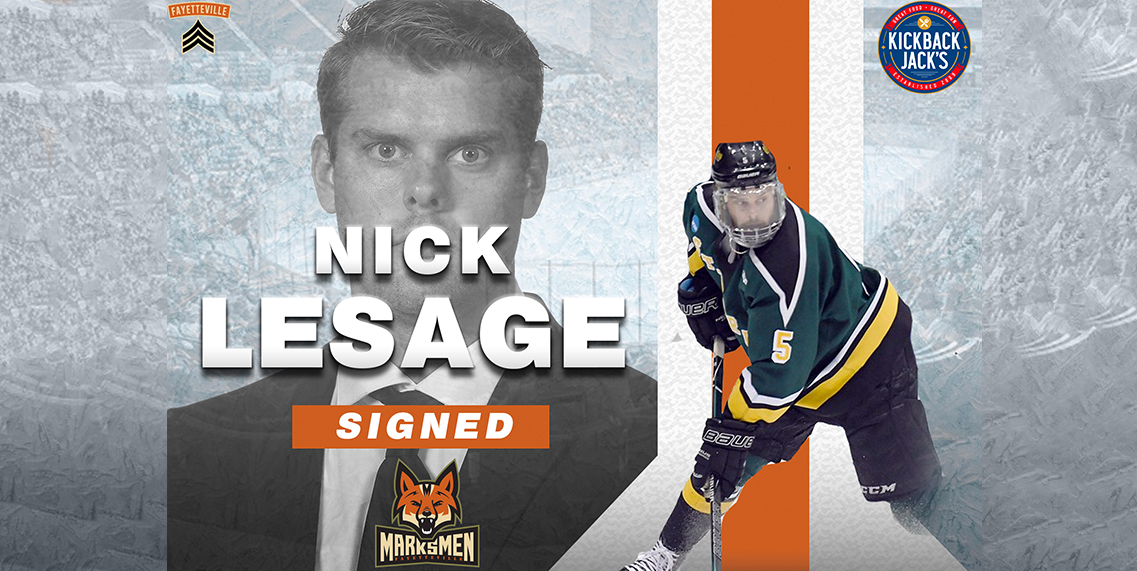 The Marksmen are proud to announce the signing of Nick LeSage for the ’19-’20 season!

Nick was a part of the National Championship winning team for St. Norbert during the ’17-’18 season!

Putting up 27 points in 50 games in his college career, LeSage is a consistent point getter from the blue line.

Head Coach Jesse Kallechy sees LeSage as an another defensemen who can hold his own in the Marksmen’s end while also putting up points in our opponent’s end!

Welcome to the Marksmen, Nick!