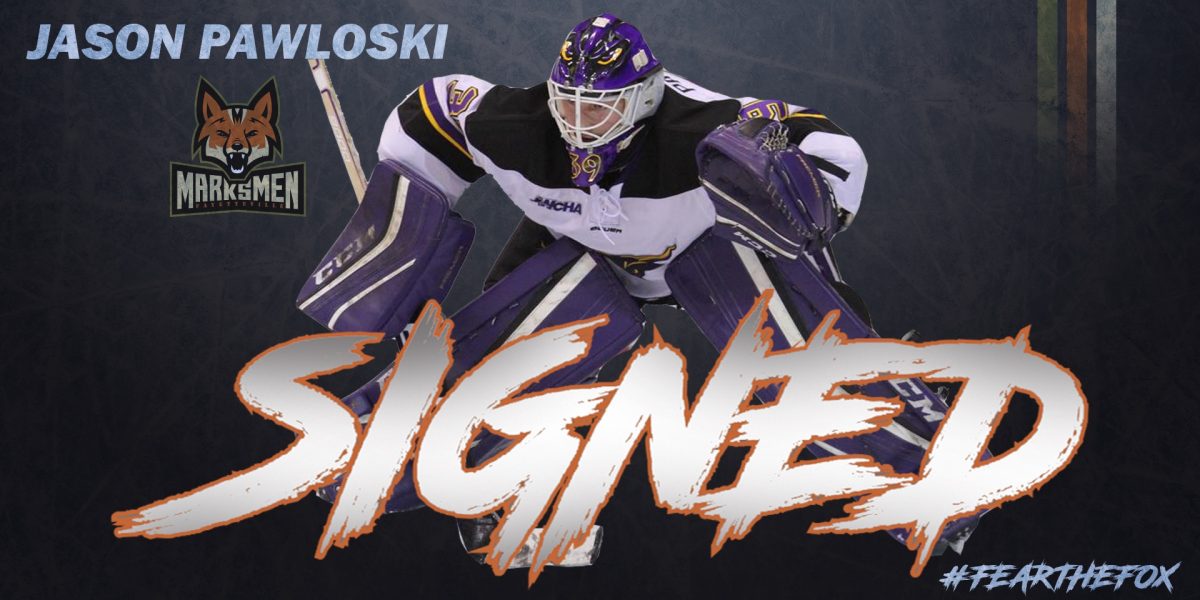 The Marksmen have signed goaltender Jason Pawloski (puh-LAW-ski) for the 2021-22 season.

“Jason is a goalie with a proven record in high-level leagues,” said head coach Cory Melkert, “that experience goes a long way at this position and we expect him to help us steal games with that track record.”

Pawloski last played for the Marksmen in the 2018-19 season, finishing 1-1 with a .886 save percentage in two games played. During the ’18-19 playoffs with the Marksmen, Pawloski was a stalwart in net with a 2.39 GAA and a .934 save percentage. The Marksmen were eliminated in the first round that year, but took Birmingham to the brink in a three-game series.

Last season, Pawloski skated with the Huntsville Havoc, finishing the season 7-10 in 19 appearances with one shutout. He spent the season sharing the net with 2019 SPHL playoff MVP Max Milosek.

Pawloski enjoyed a brief stint with the ECHL’s Indy Fuel before breaking into the SPHL with the Knoxville Ice Bears in 2018-19. Prior to his professional career, Pawloski was relied on heavily at Minnesota State-Mankato. Over his collegiate career, he posted a .907 save percentage and a 2.12 goals against average. He also posted 22 wins for the Mavericks.

“We want a guy that can help us win hockey games,” continued Melkert, “[Pawloski] is one of the guys that can make the timely saves to put us in position to win.”