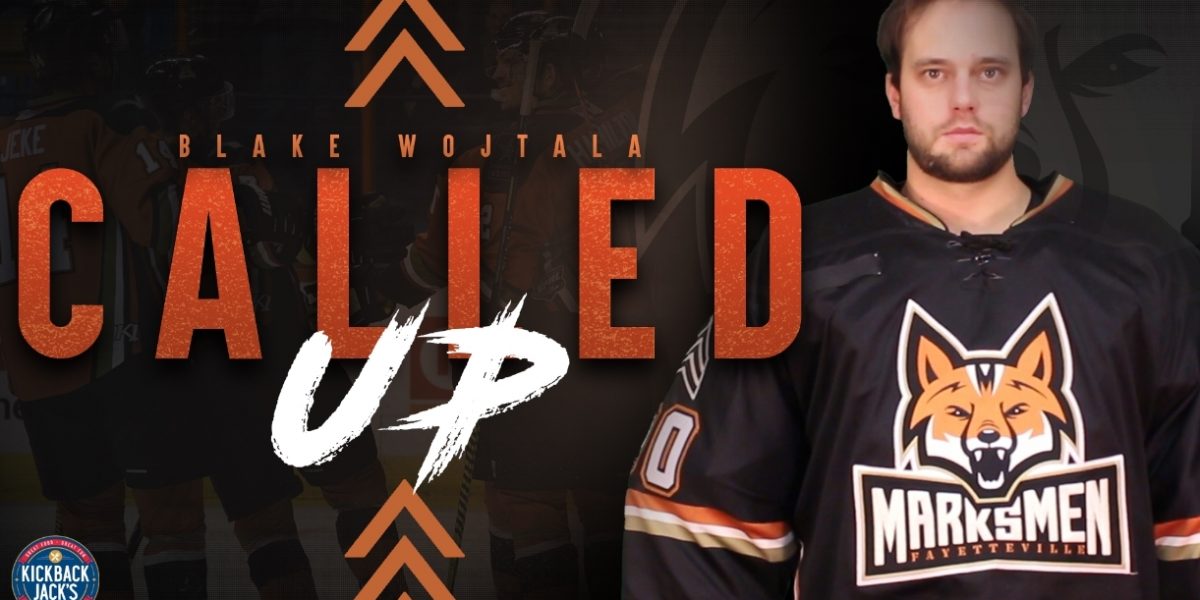 FAYETTEVILLE, N.C. – After a hard-fought weekend against Macon, the Fayetteville Marksmen see their roster continued to be called upon, this time in the form of goaltender Blake Wojtala to the Greenville Swamp Rabbits.

Wojtala, 25, started the season with the Marksmen. In his ten appearances for Fayetteville, he put together a 2.81GAA and a .908 SV%.

For the Marksmen, Wojtala will be the 11th player called up to the ECHL, a league high.

Good luck to Blake in Greenville!