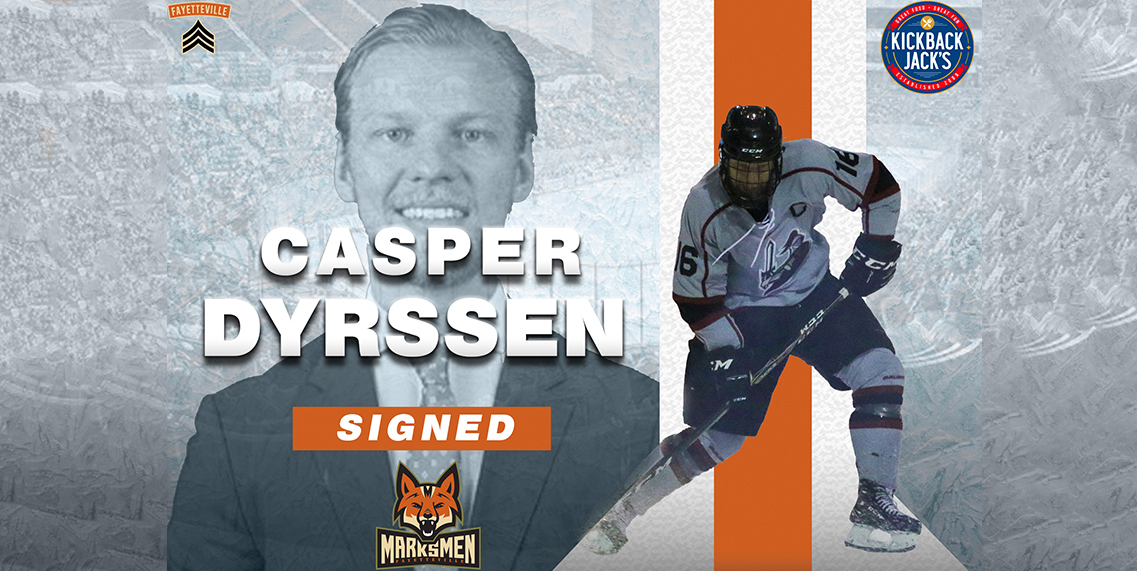 The Marksmen are proud to announce the signing of Casper Dyrssen for the ’19-’20 season!

Dyrssen, the Swedish national, played four years at Manhattanville College from 2015 to 2019. While with the Valiant, Dyrssen put up 43 total points in 80 games.

Casper marks the fourth former captain to be joining this year’s Marksmen roster. Casper was named co-captain for the ’18-’19 season and prior to his collegiate career he was captain of the Northern Cyclones of the EHL.

Head Coach Jesse Kallechy is excited to have another leader in an already powerful locker room heading into the ’19-’20 season!

Welcome to the Marksmen, Casper!