Marksmen Battle Back, Down the Dawgs

October 20, 2017 Roanoke, VA-  Rookie Jake Wood scored the game’s first goal and Kyle McNeil netted the game-winning power play strike late in the third, as the Fayetteville Marksmen battled back from a 3-1 deficit to defeat the Roanoke Rail Yard Dawgs, 4-3, at the Berglund Center on Friday night. The Marksmen pushed the pace early in […]

Marksmen @ Rail Yard Dawgs 7:05PM Berglund Center Roanoke, VA About Tonight:The Fayetteville Marksmen will take on the Roanoke Rail Yard Dawgs for the first of 13 meetings between the clubs this season. This will also be the first game of record for the Marksmen and Head Coach Nick Mazzolini. Puck drop is at 7:05 […] 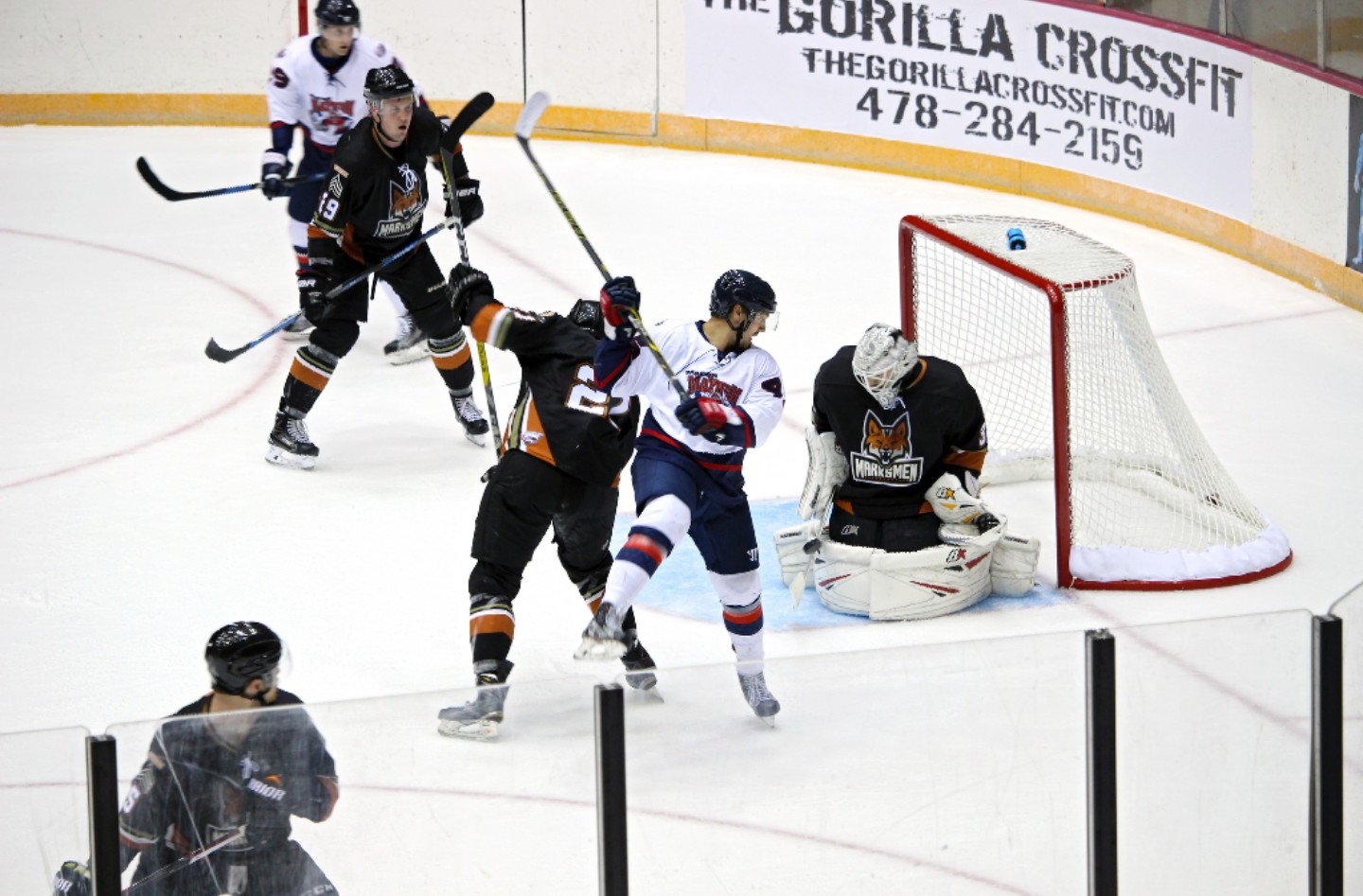 Macon, GA-  Despite battling back early on, the Fayetteville Marksmen fell to the defending President’s Cup Champion Macon Mayhem, 5-2, in their lone preseason tilt. The Mayhem didn’t wait long to get the offense going, striking at the 1:18 mark. John Gustafsson took a feed from John Siemer and found room in the top corner […]

Game Preview: Preaseason Game 1 Marksmen @ Mayhem 7:35PM Macon Coliseum Macon, Georgia The Fayetteville Marksmen will take on the Macon Mayhem in their sole preseason game tonight at 7:35PM. This is the first game as Head Coach for Nick Mazzolini. Following tonight’s game, Director of Hockey Operations, Ryan Cruthers and Mazzolini will need to […] 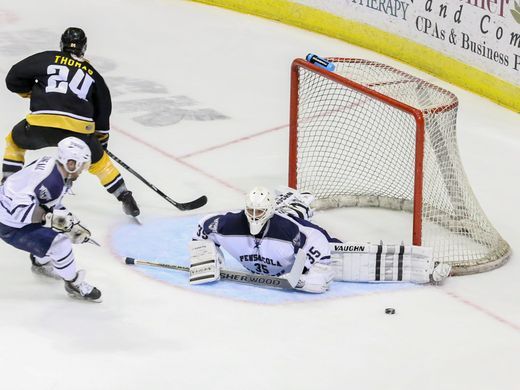 Fayetteville, N.C-  The Fayetteville Marksmen announced the signings of goalie Matt Zenzola and forwards Max Cook and Chris Porter, following release from tryout agreements with ECHL clubs, the team announced on Wednesday. A native of San Diego, California, Zenzola comes to the Marksmen for his fifth season of professional hockey, after spending last season with […] 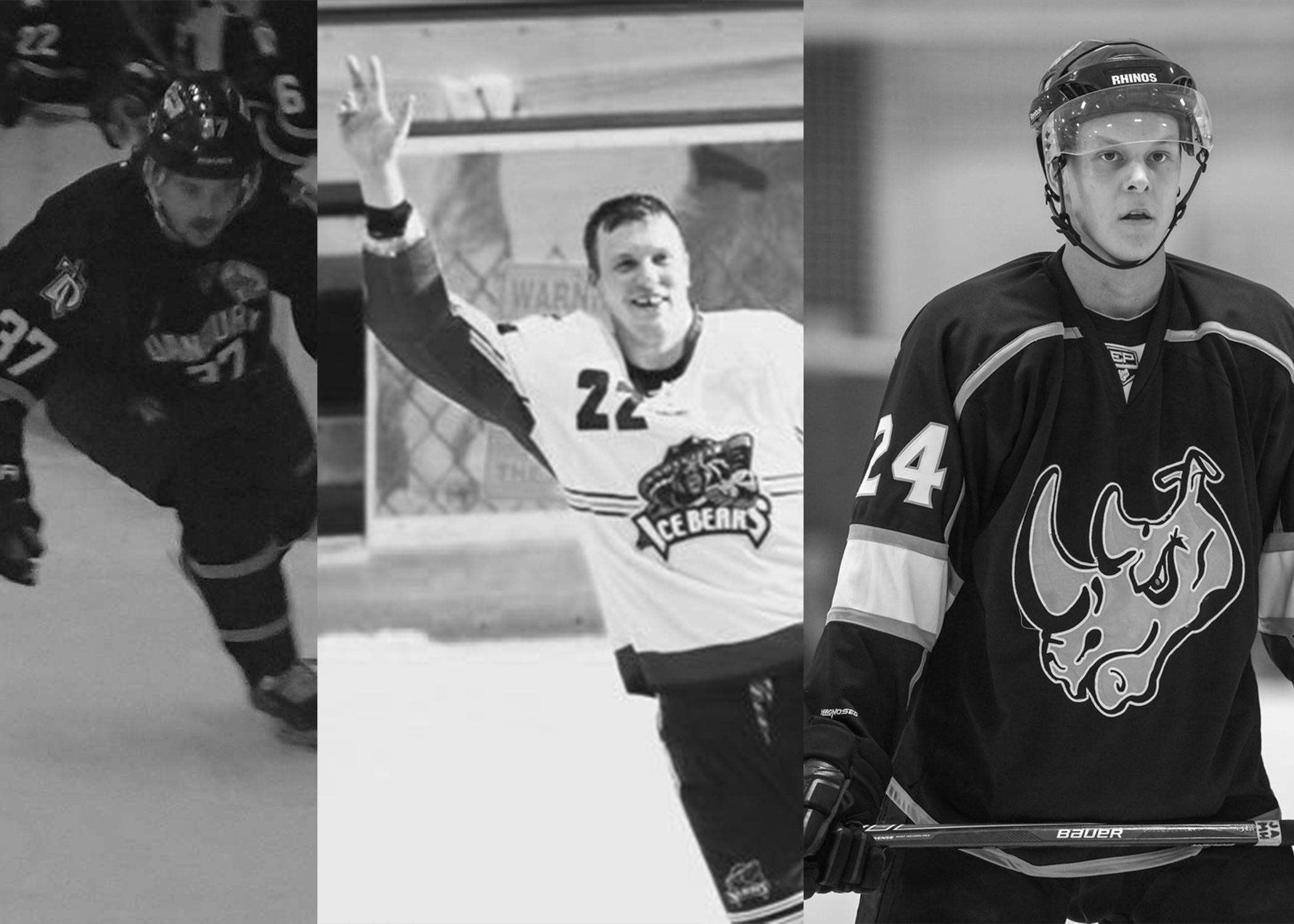 Fayetteville, N.C-  The Fayetteville Marksmen announced the signings of forwards Dalton Jay, Jiri Pestuka, and Kyle McNeil, the team announced on Thursday. A native of Hamilton, Ontario, Jay comes to the Marksmen for his second season of professional hockey, after spending last season with the Danbury Titans of the FHL. In 56 games with the […]